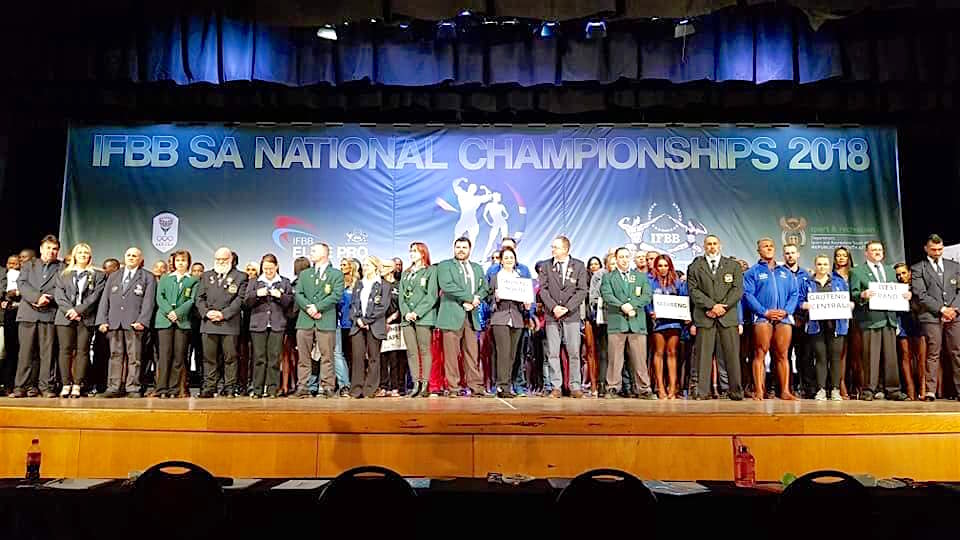 The 2018 Bodybuilding South Africa National Championship, was a record breaking event with so many athletes  that National Federation -chaired by Mr. Wayne Price– had to run the event (prejudging & finals) over two days, with an incredible standard of the athletes.

Through the selection process, South Africa National Federation selected over 50 athletes and officials to attend the four IFBB World Championships that will be celebrated in 2018, where the country has been always represented during the last four years, proving its grow and development.

All the selected athletes and officials for IFBB World Championships, will be attending a official capping ceremony at the SASCOC Olympic House on 13 October 2018, in Johannesburg, where they will receive their official Protea Colours: a huge honor to receive and be recognized with one of the symbols of the country!