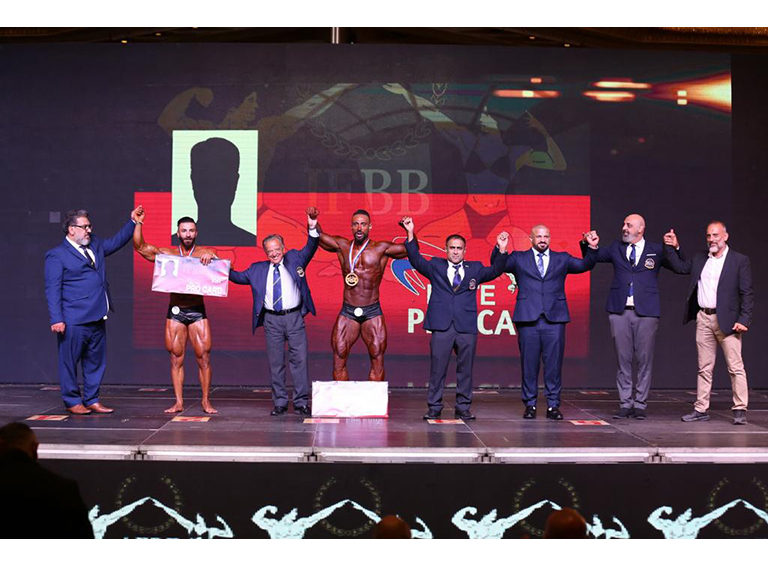 A new edition of the popular Mr. Universe event has been held in the city of Beirut. Organized by the Lebanese federation and its president, Mr. Hassenen Moukaled, this spectacular event took place, which was also attended by the IFBB president, Rafael Santonja.

In the amateur edition, the winners were athletes such as Taha Al Assaa from Lebanon, Murad Ezzulddin from Iraq and Omid Farough from Iran, among others.

The Mr Universe Elite Pro event was a success with winners such as Mascha Stutz from Germany in the Bikini category, Saif Aldeen Al Bayati from Iraq in Bodybuilding, Tamazi Botchorishvili from Georgia in Classic Physique and Iurii Vasenev in the Men’s physique category among others.

Within the framework of the event, the diplomas of the last personal trainer course carried out by the IFBB Academy of Lebanon were delivered.