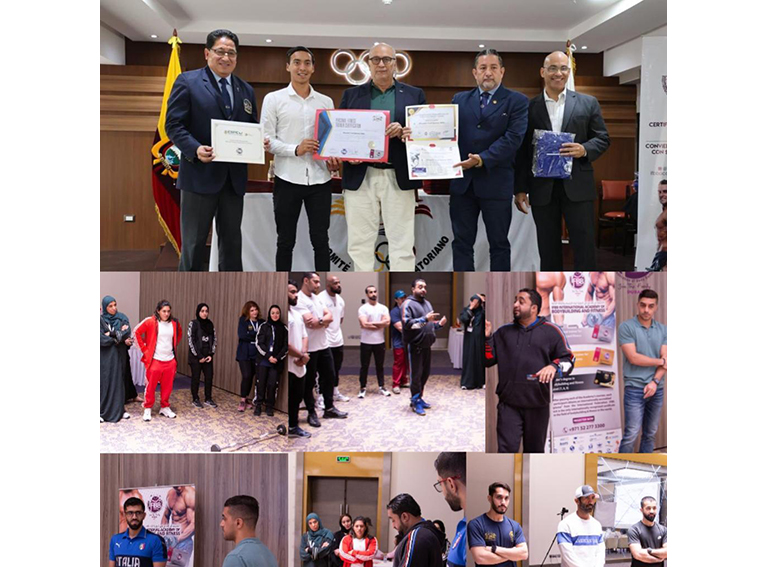 The IFBB Academy from Ecuador has celebrated the graduation of the second course of IFBB Fitness Specialist Personal. In a nice ceremony in which the students had the honor to receive their certificates from the hands of Mr. Jorge Delgado, president of the Ecuadorian Olympic Committee and Mr. Juan Fernando Paredes, President of the South American Confederation of Bodybuilding and Fitness, and Director of IFBB Academy Ecuador. Those attending this course also had the honor of being certified by the University of the Armed Forces ESPE.

From the Asian continent, in Bahrain, another successful course for personal trainers was held, organized by the Dubai Academy together with the Bahrain Federation, in a new edition with a large number of students who received their title from Colonel Abdul Karim Muhammad Saeed and are ready to start their trainer career with great enthusiasm!