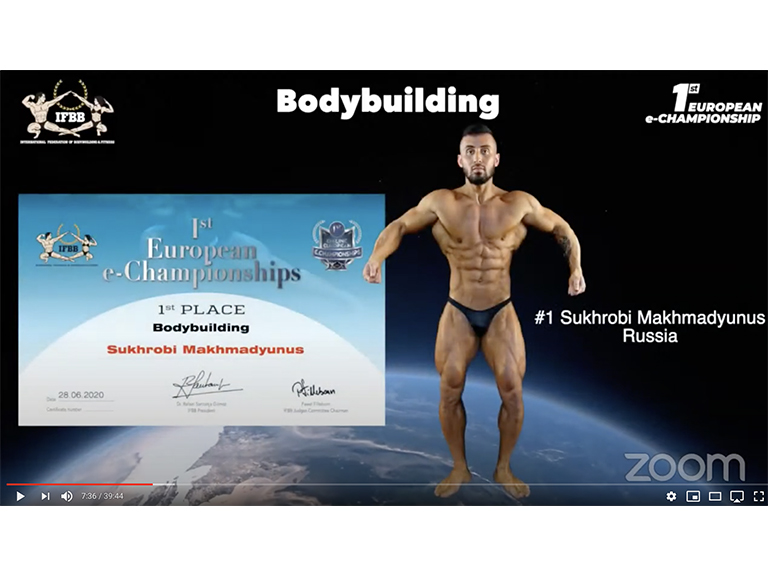 The project has been a technological challenge cordianated by a technical team that has worked simultaneously from Russia, Poland and Spain; coordinated from the IFBB headquarters. The entire competition was scored live by judges from 14 different countries, and was broadcast through streaming to thousands of fans and athletes around the world.

The 1st European e-Championships had a total of 11 categories and 8 sports divisions, among them were, Bodybuilding, Classic Bodybuilding, Men’s Physique, Wellness, Fit Model, Bodyfitness, Bikini and Bikini Master. .

Finals were opened with an spectacular Parade of Nations with images of all the European National Federations, including a speech of the IFBB President, Dr. Rafael Santonja, inviting athletes, and officials to continue working with enthusiasm for the restart of the season, next August in Malta.