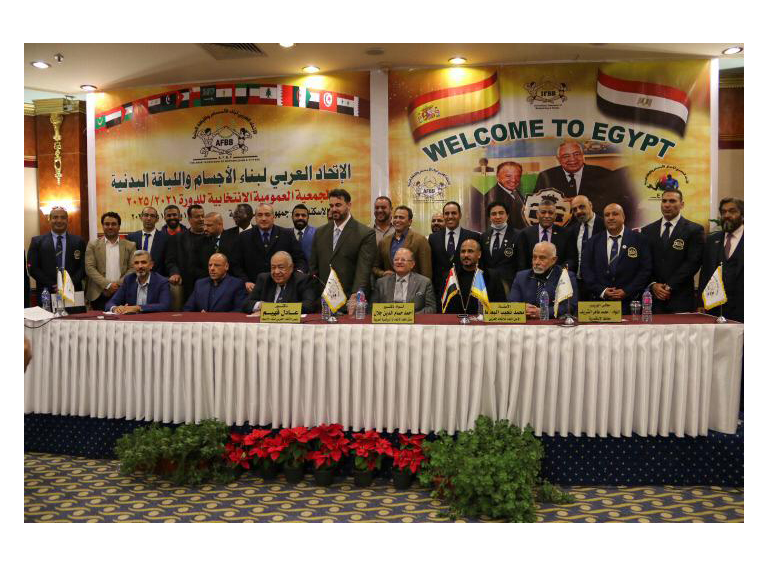 The Congress of the Arab Bodybuilding and Fitness Federation took place, in the city of Alexandria, with the presence of presidents and delegates from 15 countries. Dr. Adel Fahim el Sayed Salem, was unanimous re-elected as president. He us as well Vice President of the IFBB

Governor of Alexandria, His Excellency, General Mohamed Taher Al Sharef, honored the Congress with his presence, accompanied by General Ahmed Hossam, representative of the Union of Arab Sports Federations, organization that is led by His Royal Highness, Prince Talal Ben Badr Ben Abdelaziz

The Congress was inaugurated by President Santonja.

Among other positive conclusions of the Congress, it was announced the incorporation of Bodybuilding and Fitness to the next Pan-Arab Games, a large and prestigious multi-sport event organized by the Union of Arab National Olympic Committees, an organization chaired by His Royal Highness, Prince Nawaf Bin Faisal Bin Fahad Bin Abdulaziz Al Saud, and which Games will take place in its 13th edition in Iraq.