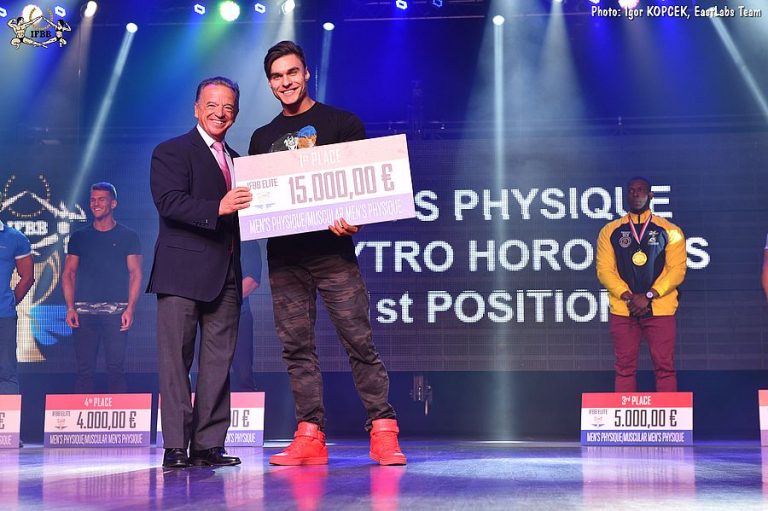 In front of an audience composed by delegates, athletes and supporters from more than 80 countries; the Top Ten competitors of the year 2017 in Bodybuilding, Classic Bodybuilding and Men´s Physique felt like sport stars, receiving the prizes achieved after a year of competition, presented by the main Executives of the IFBB.

With 44.000 euros distributed in every Division and a main check of 15.000 € worth, 30 male athletes starred a Gala dinner that raised our sport to a new level of promotion and recognition, in the same fantastic venue where the World Bodybuilding Championships have been celebrated the last three years: the prestigious Benidorm Palace.

In barely 30 days, the Women´s Elite Ranking will offers another amazing show, in Biarritz (France); at the end of the World Fitness Championships.