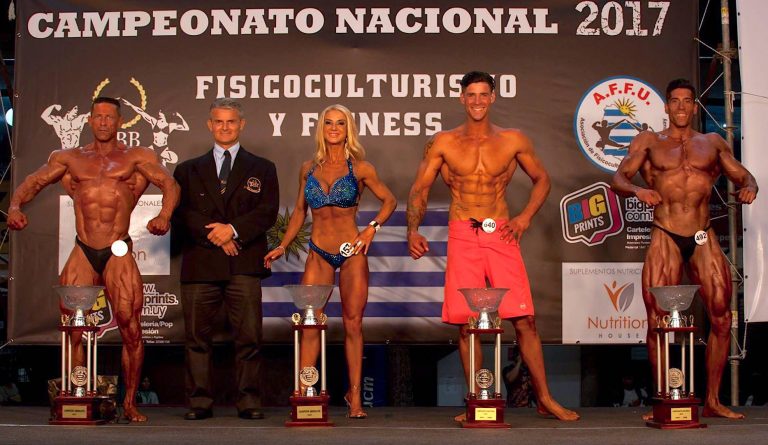 Bodybuilding does not stop, in the Austral Spring, and Uruguay celebrated, last 11th November, its National Championships in a fantastic session in front of an audience of more than 1.100 spectators.

Over 90 athletes took part in the event, organized by the Uruguay National Federation (AFFU) with the support of the National School of Trainers (www.enadeuruguay.com); composing a real “Sport Party”, in which Bodybuilding & Fitness were properly recognized.

The Uruguay National Federation made, as week, an homenaje to their founders, Dr. Jorge Zás and Mr. Aquiles de Cesare, in recognition to its invaluable career and support to the sport, during more than 30 years involved with IFBB and AFFU.