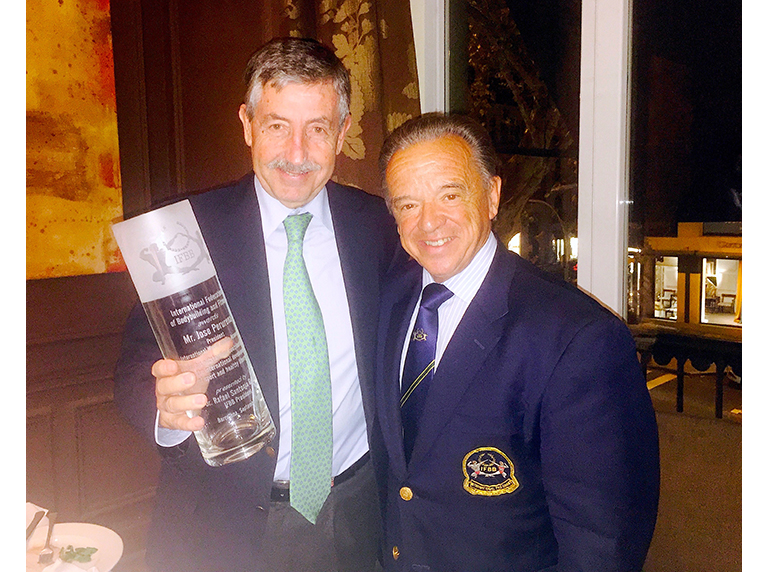 The president of the International World Games Association (IWGA) and IOC Member, Mr. José Perurena was awarded the prestigious IFBB Spirit of Sports Award, on Friday 18th January; during the Gala Dinner celebrated in Madrid by the European Federation of Bodybuilding & Fitness (EBFF).

Former international sprint canoer, competing at the 1968 Olympic Games celebrated in México City; he became the President of the International Canoe Federation in 2008, and member of the IOC in 2011. In 2014 he was elected as IWGA President being reelected in 2018 of this organization in which are included 37 international sports federations, including the IFBB. Mr. Perurena was invited by President Santonja to attend the Gala Dinner celebrated by the EBFF Executive Committee, where he received the Award, in recognition of his successful sports career.