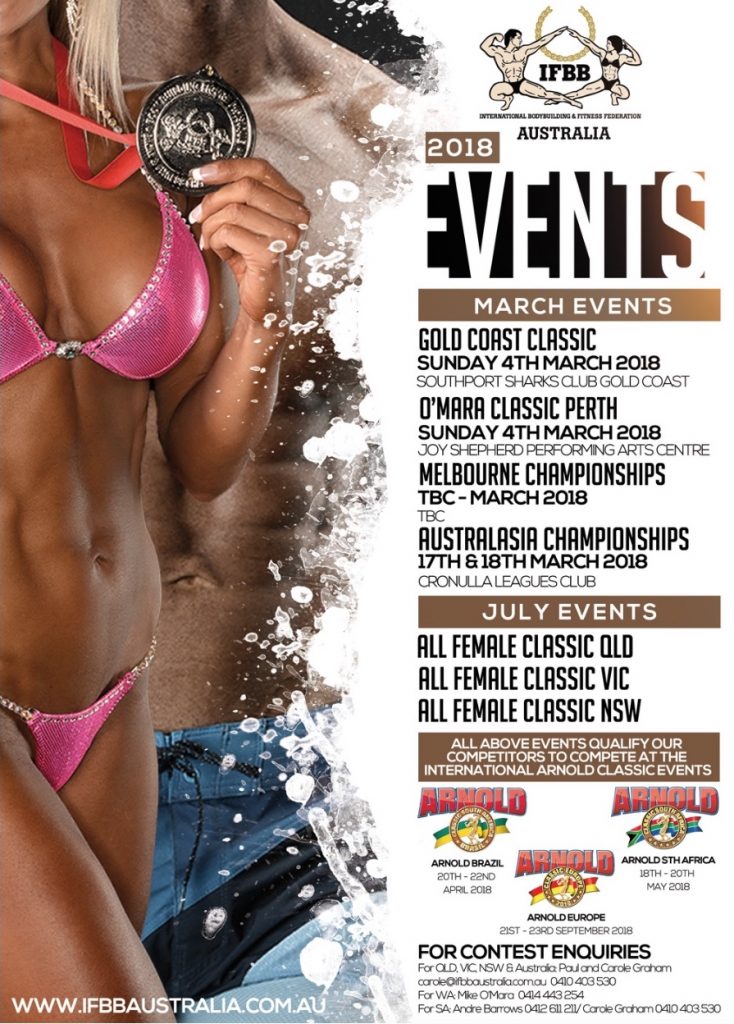 A new challenging sports season starts for the thousands of IFBB international athletes worldwide, in a year with very important novelties, as the evolution into the World Ranking; including another two disciplines (Fitness and Women’s Physique) and increasing the cash prizes up to 325.000 $.

With IFBB walking in a solid way through the Olympic recognition and joining already several Regional Games; the athletes will find out, this year 2018, new and awesome events to participate, as the 1st. Mr. & Ms. America Ben Weider IFBB Cup that will be held in Bogotá (Colombia); coming next February 16th-18th. Immediately later, the action will go to Dominican Republic (Diamond Cup Caribe; February 23rd – 25th) and Brazil (Diamond Cup Goias; March 9th-11th).

If South and Central America will host the first three IFBB International events of the year; Africa and Oceania will offer a second stage, in March, with the 1st. Diamond Cup Algeria and 1st. Australasia Cup (Sydney); both events on March 16th-18th.