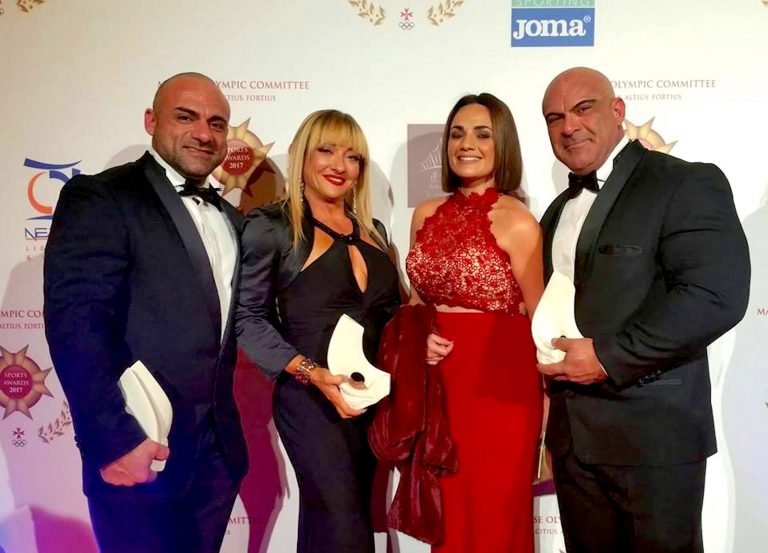 Bodybuilding is one of the most popular sports in Malta and, because of its great international achievements, the Maltese Olympic Committee awarded Maltese Federation (MFBF), at the recent Olympic Gala held, in December; in La Valetta. The MFBF president –Mr. Ralph de Celis-, received the Award for the excellent National Team results at the 2017 season, being one of the stars; as he won the World Championship in the Mixed Pairs category, joined by great female athlete Blanche Coppola.

This 2018 will be another challenging year for Maltese fans, as the prestigious “The Dolmen Hotel Prides” will host, 6th to 8th April, the IFBB Malta Diamond Cup: a World Ranking qualifier event open for athletes from Europe, North Africa and Asia with the next disciplines:

All the overall winners, in every discipline, will be eligible for the IFBB Elite Pro Card through their National Federation.

To complete the great news from Malta, the 2018 Diamond Cup Malta will be joined by the 1st. edition of the Elite Pro Show that also will be held, the same weekend, in the venue.

Picture: Ralph DeCelis and Blanche Coppola (left side), awarded by the Maltese Olympic Committee, amongst other MFBF officials.