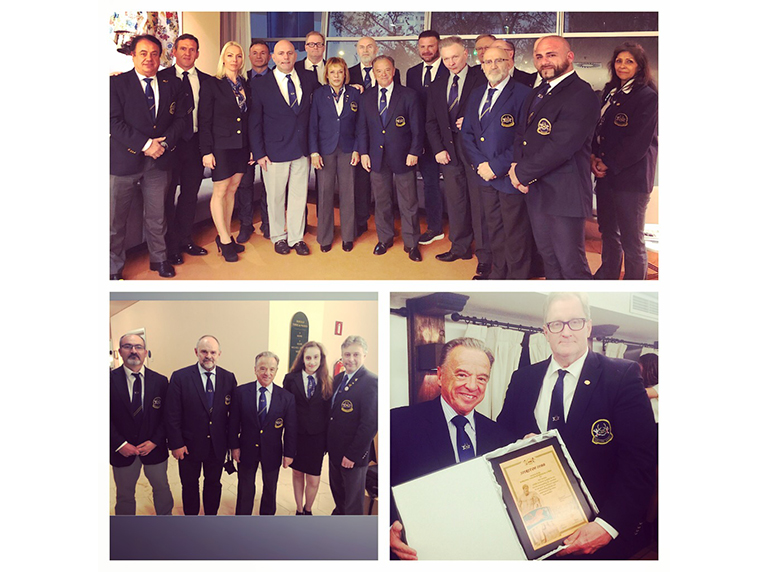 Under leadership of its president, Dr. Rafael Santonja; the European Bodybuilding & Fitness Federation (EBFF) closed its 2019 Executive Committee Meeting, in Madrid (Spain); analyzing the new strategies for the development of our sports, besides debating new steps that will be presented to the coming next EBFF Annual Congress, in Santa Susanna (May 2019), during the 2019 EBFF/IFBB European Championships.

During the whole weekend (January 17th-20th), the EBFF executive officials have been designing the guidelines of Bodybuilding & Fitness for this season, related with areas as education, competition, promotion, mass media, and communication, as main subjects. The ExCo Meeting was held in the historical building “Torre de Madrid”, and some new executive officials participated, according to the EBFF Elections celebrated in 2018, as Gabriel Toncean (Romania), Ralph DeCelis (Malta), Damir Siser (Croatia) or Ott Kiivikas (Estonia).

After the closing session, the EBFF executives celebrated a Gala Dinner in one of the most representatives restaurants of Madrid, invited by Presidente Santonja and his wife, Nieves; joined by several sponsors of recent Arnold Classic Europe and other local authorities. During the dinner, some awards were presented for the media, in recognition of the services to IFBB and Bodybuilding & Fitness.

Picture: Some moments of the 2019 EBFF Executive Council Meeting, celebrated in Madrid.