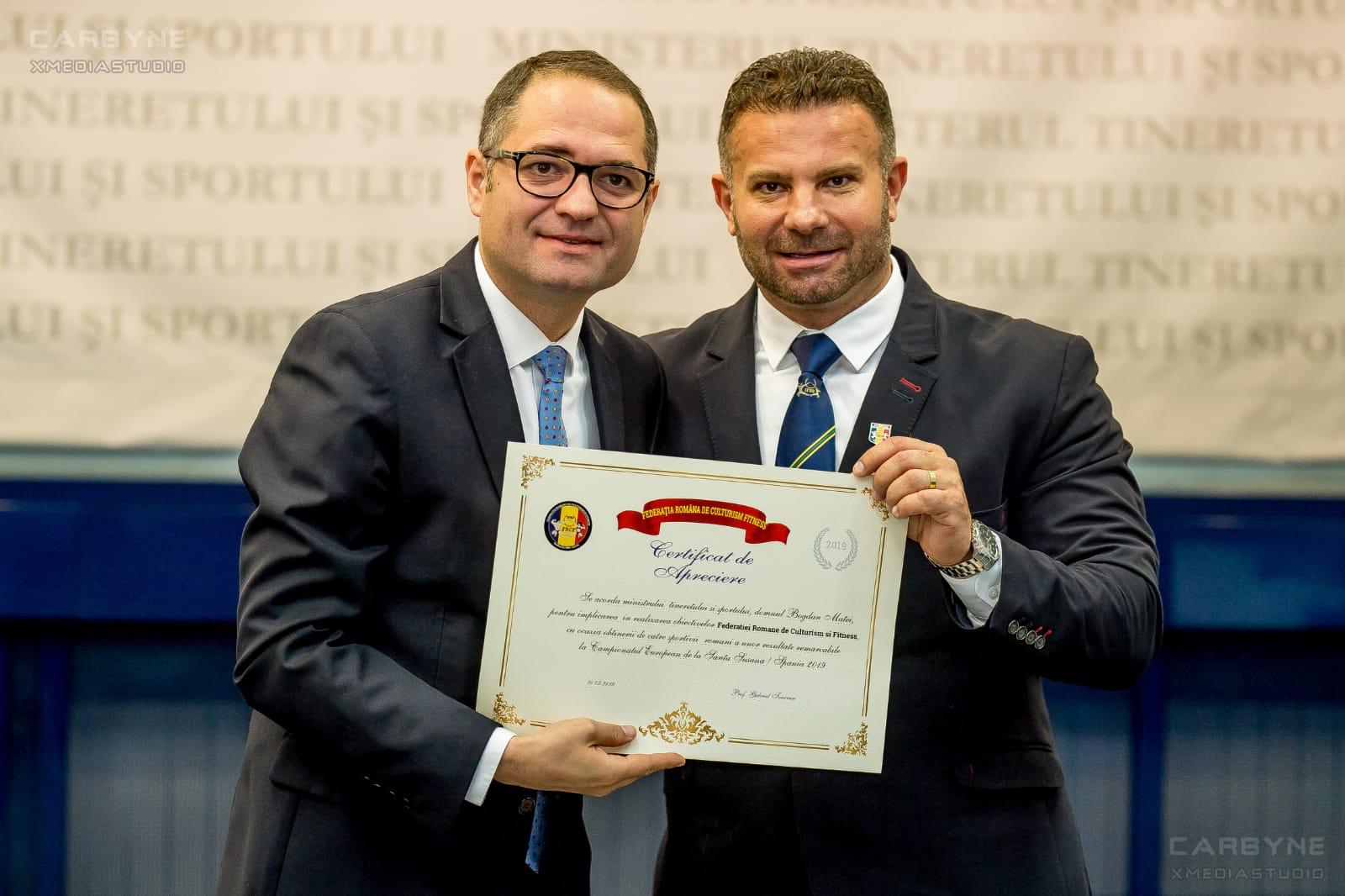 At the same time than competitors from the whole of Europe were attending the registration process, at the 2019 IFBB Diamond Cup Romania; the president of the Romanian Bodybuilding & Fitness Federation (FRFC), Mr. Gabriel Tocean was congratulated by the Youth and Sports Minister, Mr. Bogdan-Constantin Matei; after the successful results reached by the FRCF delegation at the recent European Bodybuilding & Fitness Championship, held in Santa Susanna (Spain).

FRFC president took advantage of the moment to show his gratitude to Minister Matei, giving him a “Certificate of Appreciation” on behalf of the Romanian Federation, in recognition to the support unconditionally received, for the promotion of Bodybuilding & Fitness.