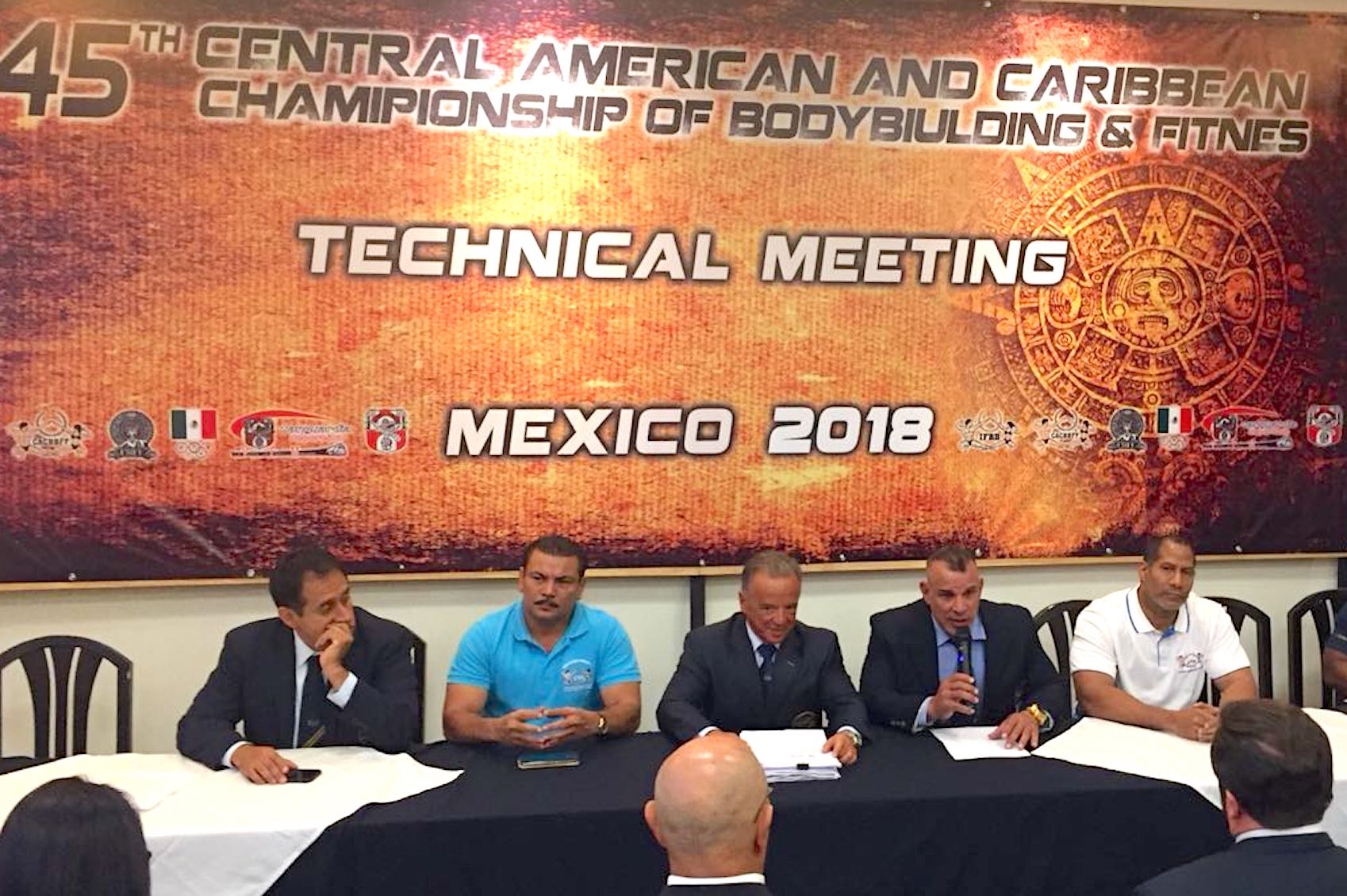 Everything is ready at the “Teatro Ferrocarrilero”, in Mexico City, for the 45th edition of the Central American & Caribbean Championships, scheduled for today, Friday 27th till Sunday 29th July. Organized by the Mexican National Federation (FMFF) chaired by Mr. Francisco Cabezas, with the support of the Caribbean Confederation (CACBBFF) chaired by Mr. Giovanni Arendsz, the event host all the IFBB official categories, bringing points for the 2018 World Ranking.

President Santonja flu from IFBB Headquarters (Spain), in order to attend the event and meet with the Caribbean and American executives, including Mr. Marco Cabezas and Mr. Eduardo Abdalah -IFBB Vice-presidents for North and Central America, respectively-. The Competition will start on Saturday the 28th.