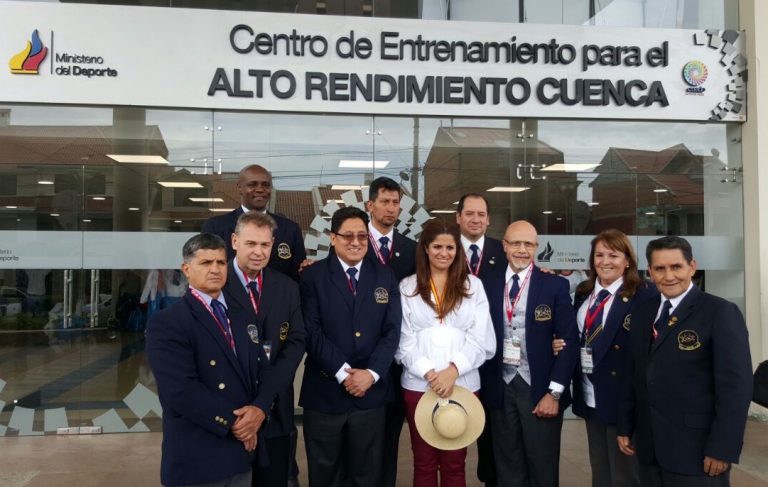 After the amazing experiences of the recent World Championships celebrated in Benidorm (Bodybuilding) and Bistrita (Junior & Master), breaking records of participation; the action in the “IFBB Planet” does not decrease: up to 5 international top events are celebrating during this weekend, in another historic success for our sports.

Continuing in America, the 1st. Diamond Cup Mexico celebrated in Cancun (Friday 17th to Sunday 19th) represent another option (and challenge) for the athletes, in another Elite Pro qualifier event. Beside this amateur contest, the second IFBB Pro Elite event, in the history; complete the fantastic schedule of the weekend.

Crossing to Europe, the action bring us to Athens, with the 2nd. edition of the Diamond Cup Greece, where athletes from 35 countries and 3 continents (Europe, Asia and Africa) are represented in another Pro Elite qualifier event that will last from Saturday 18th to Sunday 19th. This is not the only meeting point in Europe because Riga (Latvia) host a new edition of the “Riga Pearl”, organized by Mrs. Christina Vedernikova and Latvian Bodybuilding & Fitness Federation, in combination with the first ever IFBB European Fit Model Cup: an event open to all the EBFF-affiliated National Federations. Both events catch all the attention of the Baltic countries, from Sunday 18th to Monday 20th.

This represent a lot of action for this awesome weekend but still we need to come back to America because coming next Wednesday 22th and Thursday 23th, Santa Marta (Colombia) will host the Bodybuilding and Fitness competition included into the 17th Bolivarian Games (Olympic Program): another step in the evolution of our sport to Olympus.

This is IFBB in 2017: Bodybuilding and Fitness, at the highest level of activity ever!