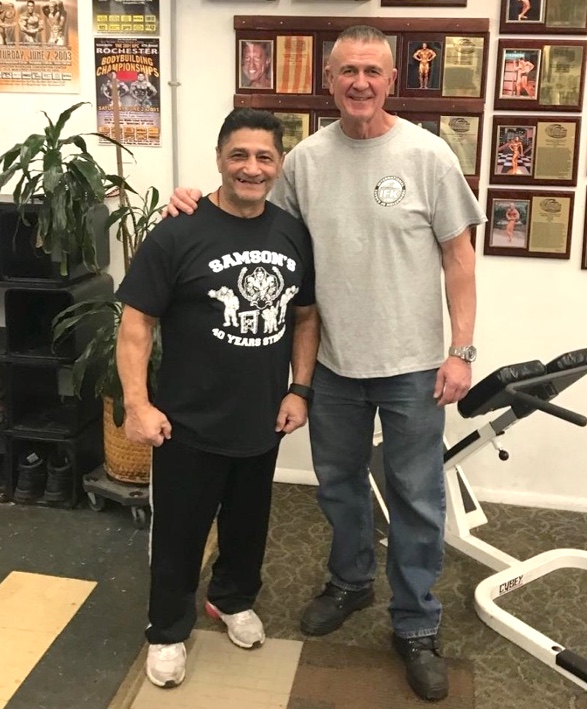 Danny “The Giant Killer” Padilla has been named to the Executive Board of IFBB Physique America, where he will join another legend of our sport: Robby “The Black Prince” Robinson.

Danny started his career, still in the High School, by winning his first show, in 1970 (Mr. Rochester). He followed that up by winning the overall title at the 1975 IFBB Mr. USA and the 1977 IFBB Mr. America. In 2009, Danny was inducted into the IFBB Hall of Fame.

IFBB Physique America CEO/President, Mr. Wayne S. DeMilia announced, “this is just another step in the groundwork. We are building a foundation that will allow us to go higher than anyone projected or anticipated.”

Picture: Danny Padilla with Jim Rockell -Executive Assistant to the President of IFBB Physique America- who considers him “the greatest short-man in the history of Bodybuilding”.