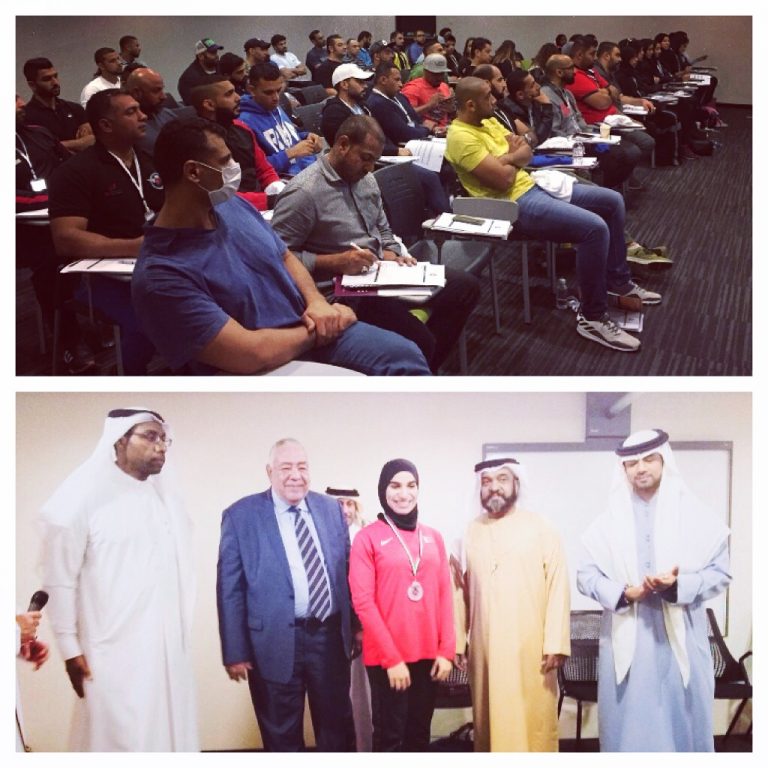 Everybody noticed that Persian Gulf area has become in an area where Bodybuilding has growth in a very fast way, in the recent years. One of the reasons is the knowledge and education that athletes and coaches received from experts; an area in which IFBB Academy have a solid leadership, with continuos activities, every year.

Recent weekend 2nd – 3rd March, IFBB Academy held the Bodybuliding & Fitness Course (Level 2), in Manama (Bahrain), under the Bahrain Olympic Committee and the Bahrain Bodybuilding Federation headed by Colonel Sultan Al Ghanim. This important course was attended by 72 trainers and coaches, with an active participation of women: more than 30 female students participated in this edition, internationally recognized, which represents great news for our sport.

Several personalities attended the event, as Mr. Abdul Karim Mohammed Saeed (president of the Academy in the Gulf States), Dr. Adel Fahim El Sayed (IFBB Vice-president for Africa), Mr. Zayed Al-Jallaf, (Vice-president of the IFBB Academy), and Mr. Jassim Ashkanani, (director of Public Relations). By the way, Dr. Adel Fahim expressed his happiness with this great success and encouraged all the young men and women to participate in the Educational Sport Courses that it´s been launched by IFBB Academy, in the Gulf countries. The aim is to bring Bodybuilding and Fitness to the level required to be, in the coming period, under the umbrella of the IFBB.

Picture: A total number of 72 new coaches and trainers made this Bodybuilding & Fitness Course Level 2 (below), including several women who were congratulated by IFBB Vice-president Dr. Adel Fahim El Sayed (2nd by left), IFBB Academy president Mr. Abdul Karim Mohammed Saeed (2nd by right) and other Gulf executives (above).