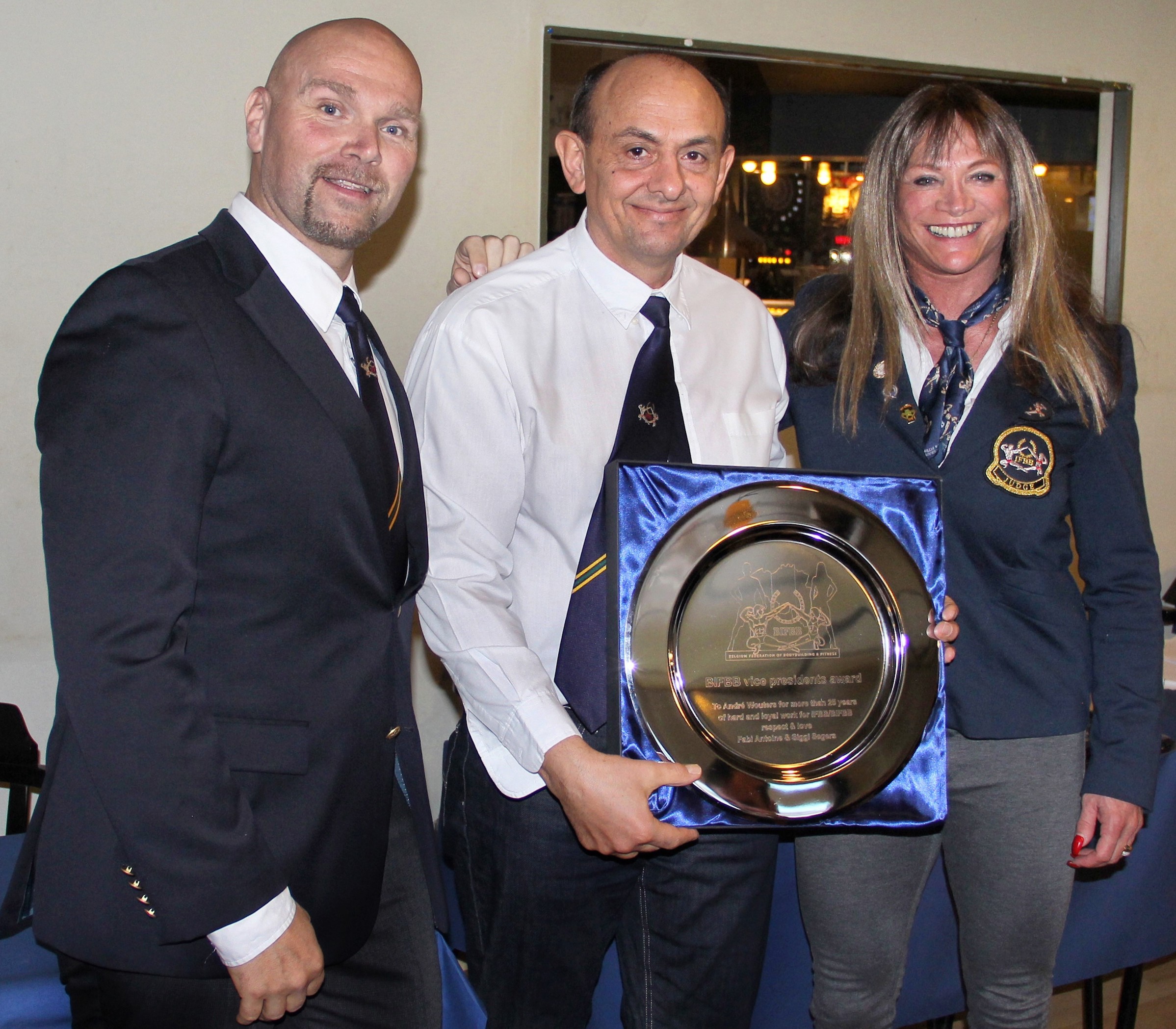 Picture:         BIFBB president, Mr. Andre Wouters, awarded by his two Vice-presidents, Steven Segers and Fabienne Antoine, in recognition to his 25 years of loyalty for IFBB / BIFBB

For the third year in a row, the BIFBB finished the 2017 increasing the figures of members and events celebrated in the country and its activities, as doping tests, with 38 controles performed during the season.

During the Annual Meeting, the best BIFBB athletes were awarded, as well as president Wouters who made 25 years of loyalty and hard work for the IFBB. The full list of awarded athletes is, as follows: