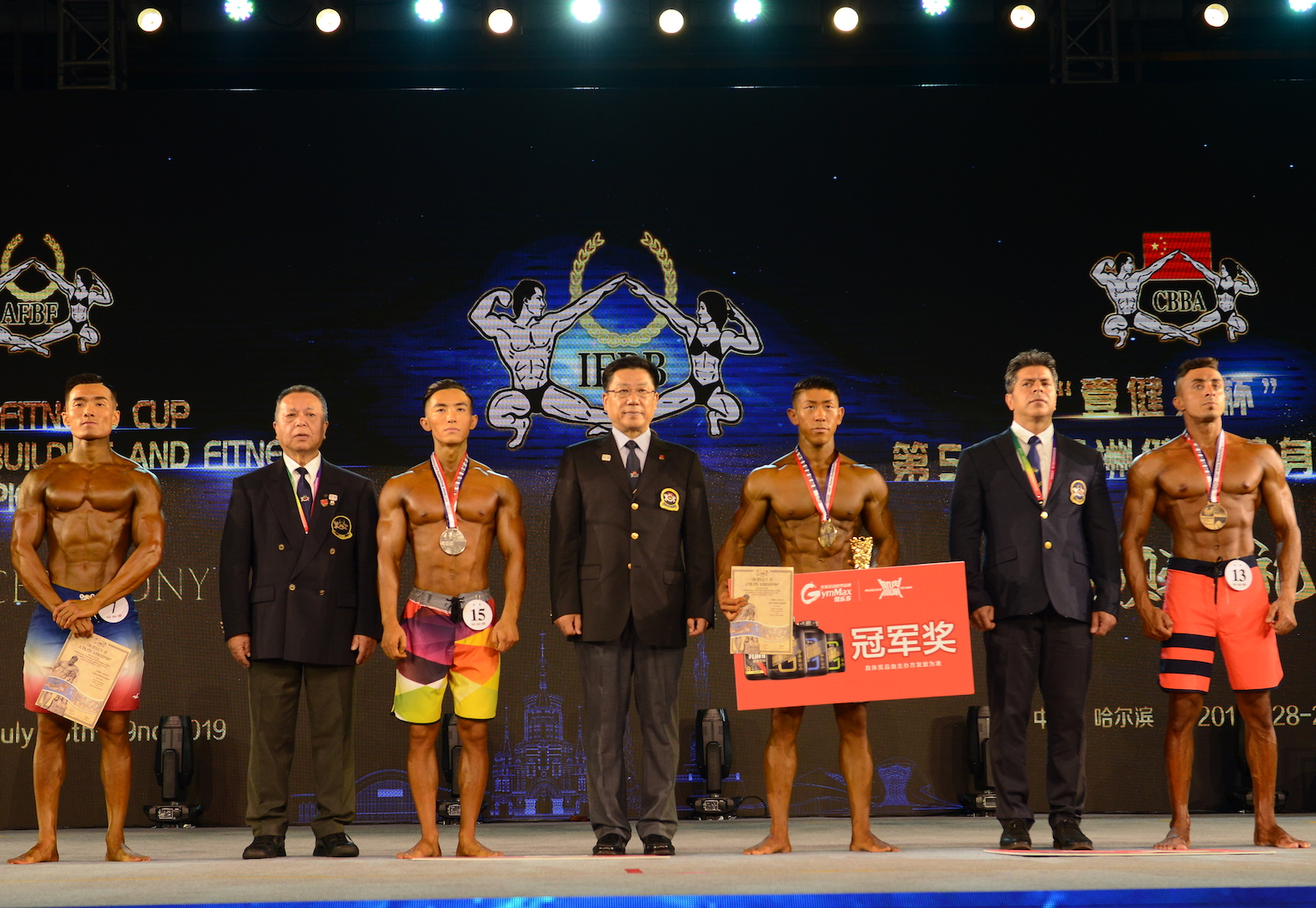 Dominating the male and female disciplines, the Chinese Federation of Bodybuilding (CBBA) revalidated its title of double Asian Champion, obtained last year in Mongolia, during the current edition held in Harbin (China), on July 26th – 29th.

With a fantastic National Team composed by more than 100 athletes, China prevailed in the Men’s categories ahead of Iran and Iraq, which accompanied it in the podium and shone especially in the Bodybuilding heaviest categories.

In addition, the CBBA female athletes also achieved the first-team position in the Women’s competition, ahead of Japan and Korea who accompanied China on the podium.

This is a new and important success for the CBBA, whose president, Mr. Zhang Haifeng; was elected the new president of the Asian Federation of Bodybuilding & Fitness (AFBF) at his Annual Congress, held in the second session of the Championships.