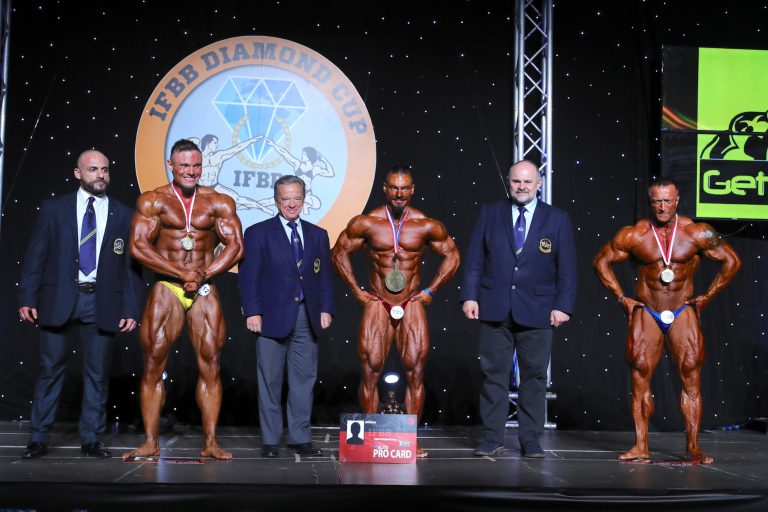 The 2nd edition of the Diamond Cup Malta organized by the Malta Federation of Bodybuilding & Fitness (MFBBF) chaired by Mr Ralph DeCelis, recent weekend 6th – 8th April, in coincidence with the Maltese National Championships and the IFBB Elite Pro Malta has been another great success for a country who love sports and Bodybuilding.

The competitions took place at the Dolmen Hotel, in St. Pauls Bay; and showed a really high level of competitors in every event, with Maltese athletes Carlos Caruana, Roderick Theuma and Stephen Borg as main local stars.

IFBB President, Dr Rafael Santonja and other IFBB executives were guests at these events, in which the main winners were, as follows: