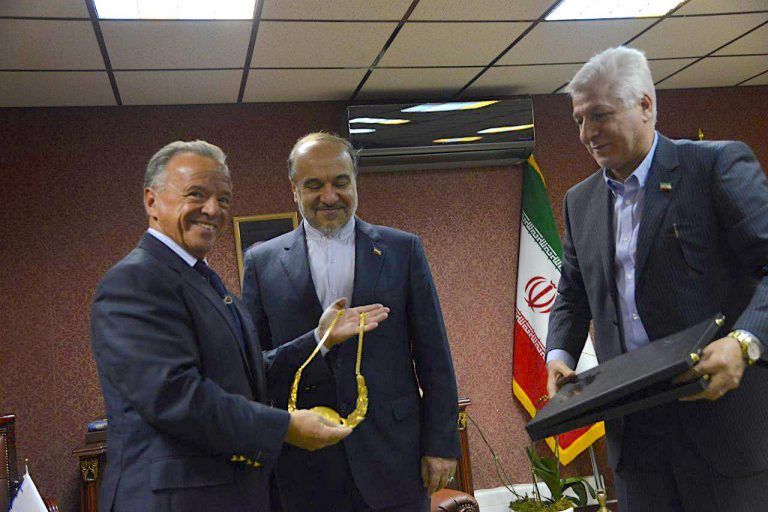 The Iranian Minister of Youth Affairs and Sports, Mr. Masoud Soltanifar; received this week the IFBB Gold Order -one of the most prestigious awards of the International Federation-, in recognition for his important support to Bodybuilding and sport lifestyle. In an official meeting celebrated in Teheran, with IFBB President, Dr. Rafael Santonja and Mr. Nasser Pouralifard -president of the Iranian National Federation-, joined by other sport Executives; Mr. Soltanifar received the important award.

Mr. Masoud Soltanifar has always supported the sport activities in the country. He was previously Vice President of Iran and deputy head Physical Education Organization and was elected, in October 2016, Minister of Youth Affairs and Sports.