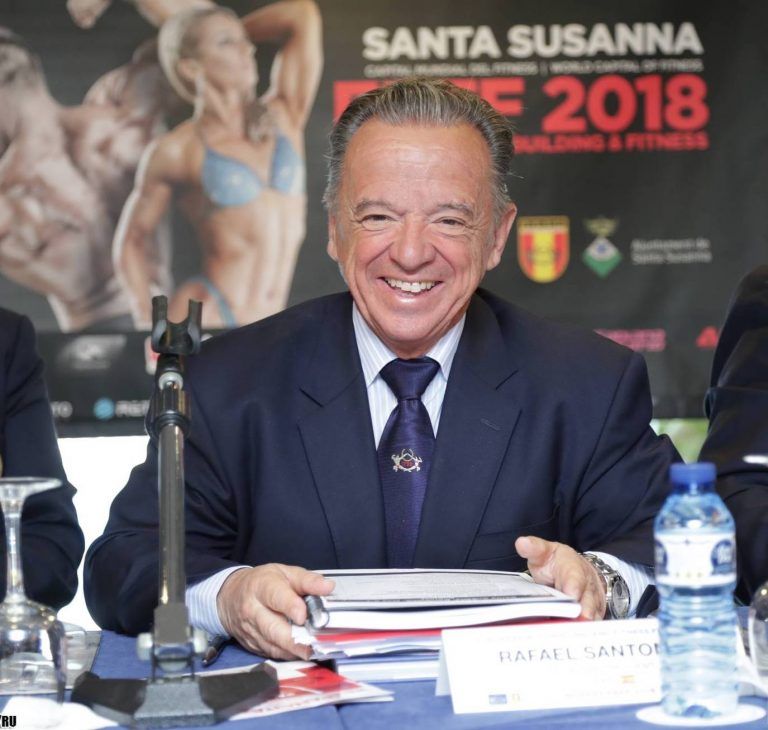 The founder of European Bodybuilding & Fitness Federation (EBFF) and IFBB President, Dr. Rafael Santonja; has been re-elected, one more time, and by unanimous decision, the president of the organization, at the Annual Congress celebrated on Thursday 3rd May, in Santa Susanna (Spain).

Acclaimed by the delegates of the 41 countries represented in the EBFF Congress, President Santonja will lead the Federation for a new period of 4 years (2018-2022), joined by the new Executive Committee, in which the main positions will be, as follows: