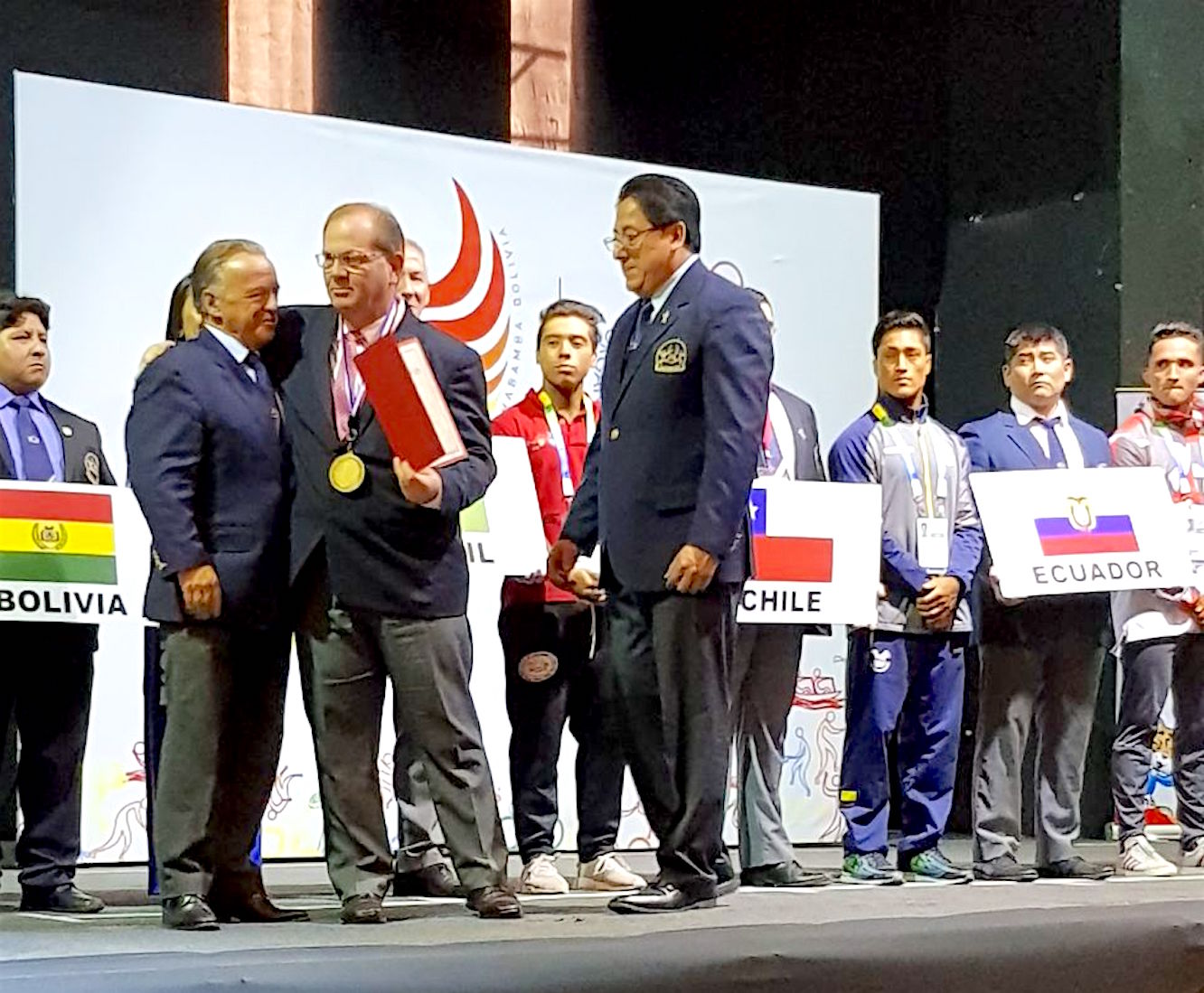 The first participation of Bodybuilding & Ftitness at the South American Games organized by ODESUR has been a complete success, in terms of participation, quality and attention from the audience. Bodybuilding and Fitness are very popular sports in America and, as a consequence, a cheering audience, plenty of fitness enthusiasts, fulfilled the venue during the session.

Among other Sport Authorities attending the event, ODESUR President, Mr. Camilo Pérez joined the debut of Bodybuilding and Fitness and received the IFBB Gold Medal, during the opening ceremony of the IFBB competition.