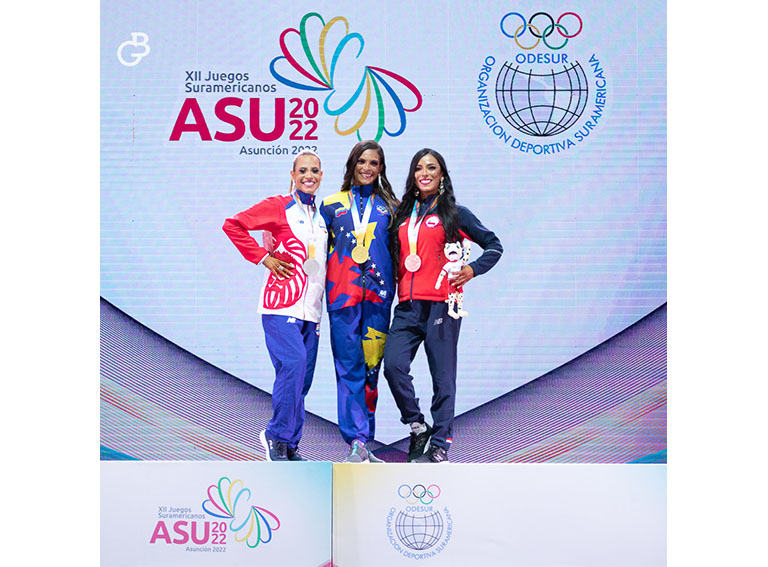 The IFBB participated with great success in the recent regional South American Games of the Olympic program, organized in Asuncion, Paraguay.
the IFBB competition, took place in the Olympic Park of the capital, full of an enthusiastic public that followed this great event, in which they were winners:
In the Men’s Physique category: Jose Alberto Eurea Rodriguez from Venezuela obtained the gold, Josue Luis de Jesus from Ecuador the silver medal and Emiliano Hernandez from Uruguay the bronze.
Bikini fitness had the categories of up to 163 cm and more than 1.63 cm; being winners of the gold medal, the competitors Silvia Paola Patiño from Paraguay and Rafaela Maritza Cornejo Diaz from Ecuador; Araceli Benitez Oitiz from Paraguay, Zairelys de Jesus Gomez from Venezuela with the silver medals and Johana Beatriz del Portico from Argentina Michelle Alejandra Hernandez with the bronze medal in their categories.
Following the Games Classic Bodybuilding category, Villali Enrique Linarez won the gold medal, Tomás Guido Flamini the silver and Michael Delgado Gonzalez from Colombia the bronze medal.
In the choreographic fitness category, the gold went to Ecuador and its athlete Darío Alejandro Molina , the silver medal to Jose Gabriel Ojeda from Venezuela and the bronze to the Chilean athlete Pablo Ignacio Matus. In female choreographed fitness, athletes such as Alexandra Santos from Venezuela, María Perez Maza from Paraguay and Macarena Belén Figueroa from Chile stood out, obtaining gold, silver and bronze medals respectively.
The IFBB President, Rafael Santonja, was present both at the Assembly of the South American Sports Organization, and at these magnificent Games
The president of the Pan American sports organization, Engineer Neven Ilic Alvarez,
The President of the South American Olympic Organization, Mr. Camilo Pérez López Moreira, and presidents of national Olympic committees, as well as many members of the Olympic family, all of them friends of our sport, were with us at this great event, full of Olympic spirit and great emotions experienced by athletes in an unforgettable test.