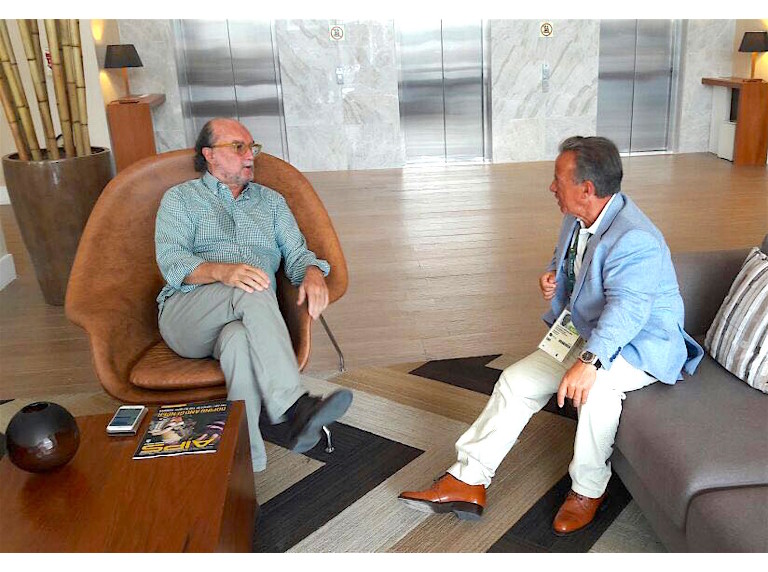 Information and promotion about the activities and competitions are critical for any sport… Bodybuilding is the greatest that worldwide fans could discover and mass media are the key, to bring our sport and healthy way of life, to million of supporters.

On that subject, President Santonja meet in Rio de Janeiro, during this Olympic Games, with Mr. Giovanni Merlo (Italy), reporter at prestigious “La Gazzetta dello Sport” and president of International Sports Press Association (AIPS). Mr. Merlo is worldwide respected journalist, awarded by the IAAF (Athletics), in 2013, and could be, representing AIPS, in Benidorm (Spain) covering the 2016 IFBB World Bodybuilding Championships and the IFBB Annual Congress.

President Santonja, on behalf IFBB; and Mr. Merlo, on behalf AIPS; agreed, in Rio de Janeiro, that several prestigious sport journalist will be, in November, in Benidorm (Spain), following the most important Bodybuilding contest -2016 World Championships, from 2nd to 7th-, where over 100 countries and their respective national federations will be present, either in competition and in the IFBB Annual Congress. AIPS will offer, as well, a very interesting presentation about its worldwide activities, creating a great synergy with our sport and our International Federation, one of the biggest, in number of countries affiliated.