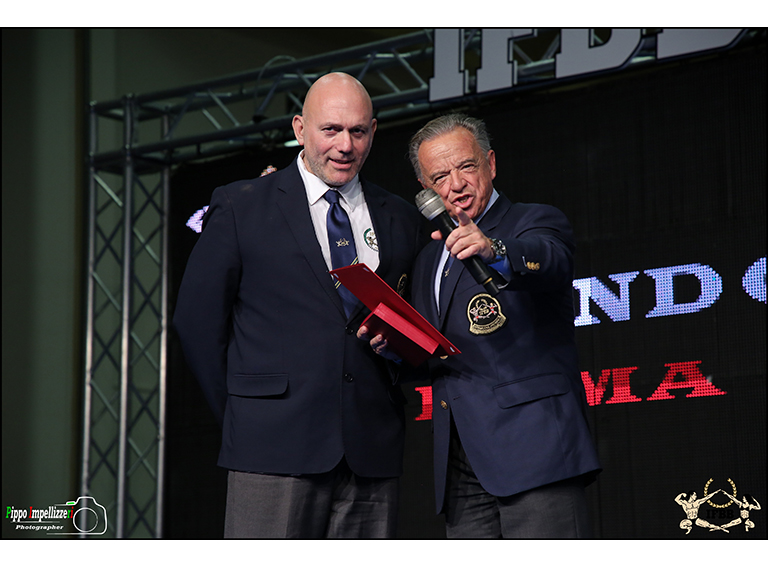 In the beautiful city of Rome, the IFBB Diamond Cup Rome has been held, organized by the Italian Federation and its president, Mr. Benedetto Mondello.
The IFBB Diamond Cup in Rome welcomed a large number of competitors from all over the world, in a very tight competition in which, among other champions, athletes such as Giulio Albi from Italy, Andrii Papezhuk from Ukraine and Aneta Ticha from Slovakia, received their medals from the IFBB President, Dr. Rafael Santonja, as overall winners in the male bodybuilding, mens Physique and bikini categories, respectively.