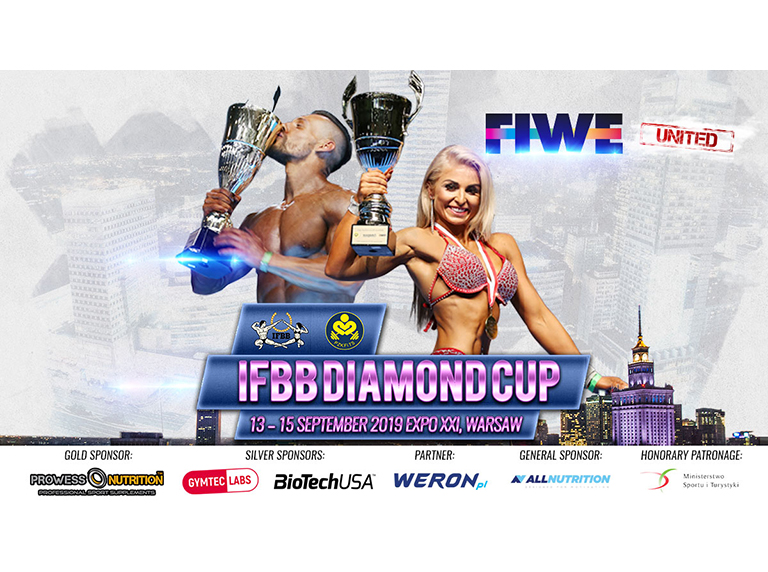 The international competition IFBB DIAMOND CUP will be held in September in Warsaw AT FIWE FITNESS TRADE SHOW the biggest fitness and bodybuilding meeting in Poland!

IFBB Diamond Cup in Warsaw will be the most important Bodybuilding and Fitness event in Central Eastern Europe, considering the possibility of gaining points in IFBB world ranking ELITE. Additionally, the date of the competition will be very convenient for the competitors, as it will take place less than a week before Arnold Classic Barcelona.

There is no doubt that this event will shake the international fitness scene. The prize pool prepared by the International Federation IFBB includes as many as 14 IFBB Pro Cards for the overall winners. The organisers have already announced a record budget spent on the organization of the event.

We can expect that the most important competitors from all over the world will visit the capital city of Poland.

IFBB Diamond Cup Competition will be the biggest event of FIWE Fitness Trade Show, that will take place on 13st – 15rd September in the halls of Expo XXI.