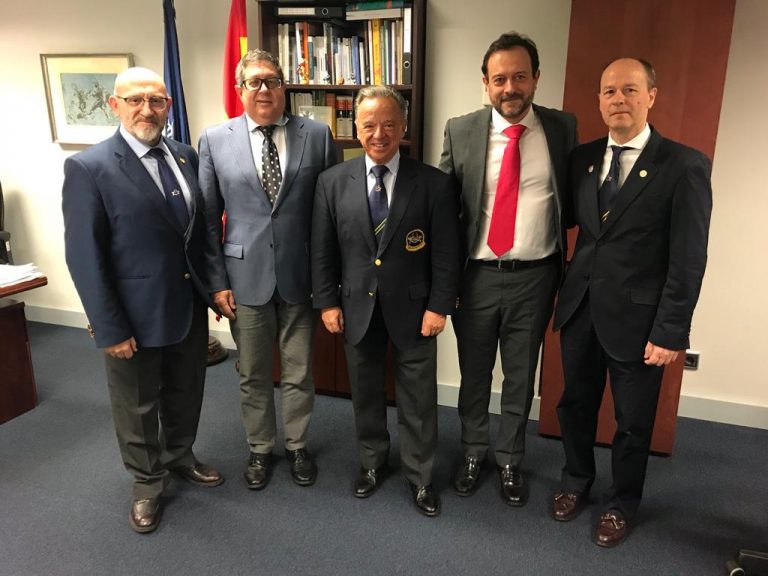 This week, the Director of the Spanish Agency for the Protection of Health in Sports, (AEPSAD), Dr. José Luis Terreros and Mr. Agustín Gonzalez (Head of the Legal Affairs Division), held a meeting with IFBB President, Dr. Rafael Santonja, who was joined by the president of the Spanish Federation of Bodybuilding & Fitness (FEFF) Mr. Jose Ramos, and its Vice-president, Mr. Javier Parra; in the goal of joining forces and involvement, in the battle against doping.

The meeting was a starting point in the close collaboration between the three organizations to carry out actions and procedures that raise awareness among our athletes, in the prevention, education and other aspects related to doping, besides the possible legal and deontological consequences of being involved in these practices.

With the IFBB a signatory member of the WADA Code, and fully involved in the battle against doping, this meeting has been a great step for the FEFF in its approaching to the recognition by the official Sports institutions, in Spain.