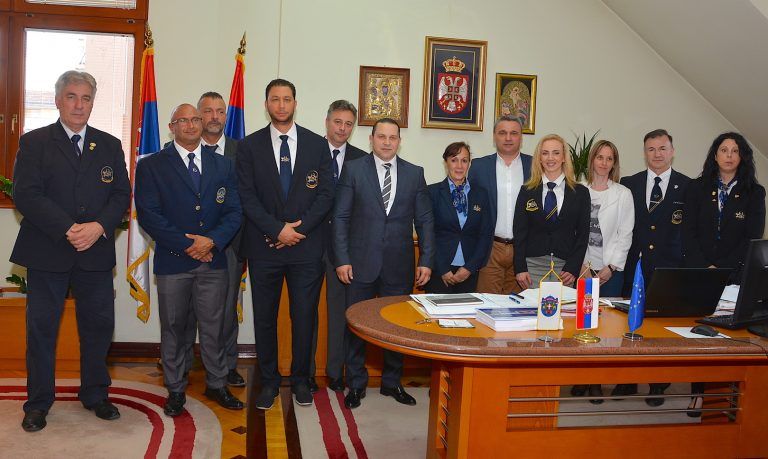 The Serbian city of Cacak held the fourth international Bodybuilding and Fitness event of its history, and the fact did not go unnoticed by the Mayor of the town, Mr. Milun Tedorovic; who invited several IFBB Executives to a reception at the City Hall.

Accompanied by the First Deputy, Mrs. Milica Dacik; Mayor Tedorovic received a delegation headed by the presidents of the National Federations of Serbia – Mr. Goran Ivanovic – and Portugal – Mr. Vitor Reis -, with whom he spoke about the future sports projects of the city and the current situation of the Serbian Bodybuilding.

Picture: Mayor Milun Todorovic (5th from the right side), accompanied by several of the international officials who were present at the Diamond Cup Serbia, held in Cacak.