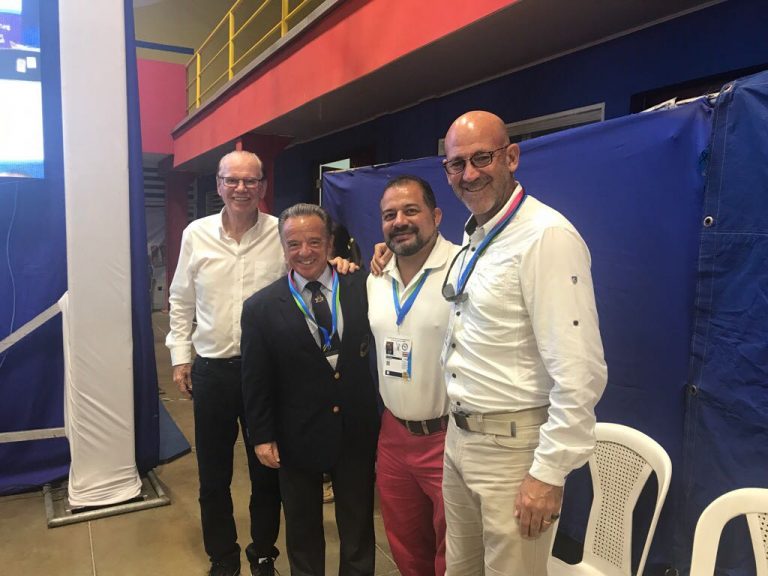 Celebrated in Managua -the capital city of Nicaragua-, from 3rd to 17th December; the 2017 Central American Games have represented another step forward for Bodybuilding and Fitness, in its integration inside the Olympic Family, following the intense program of IFBB activities within the Regional Games from the Olympic program, in America.

With the occasion of his attendance to these prestigious Games, President Santonja took the opportunity to meet with several sport authorities from the American Olympic Family, enjoying great time for friendship and common passion for sport.