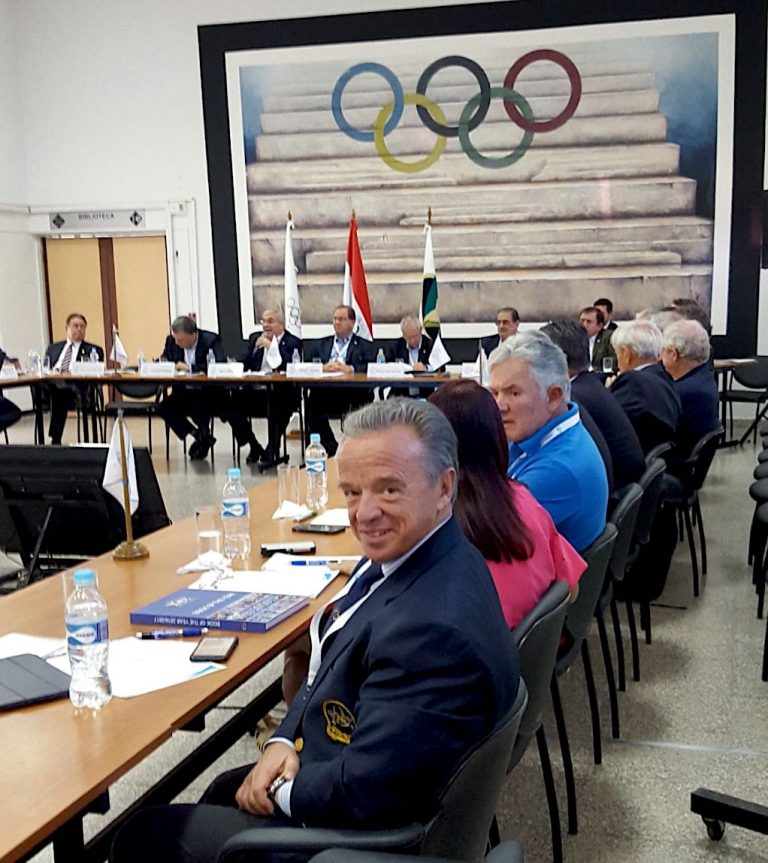 As previously reported, President Santonja has attended the General Assembly of the South American Sport Organization (ODESUR), in Asunción (Paraguay). In another historical event for our sport, the IFBB has been approved to participate in the next 2018 South American Games that will be held in Cochabamba (Bolivia); with the next official categories: Men’s Games Classic Bodybuilding, Men’s Physique, Bikini and Fitness.

Picture: President Santonja leading a new step towards the Olympism, attending the ODESUR General Assembly at the headquarters of the Paraguayan Olympic Committee.