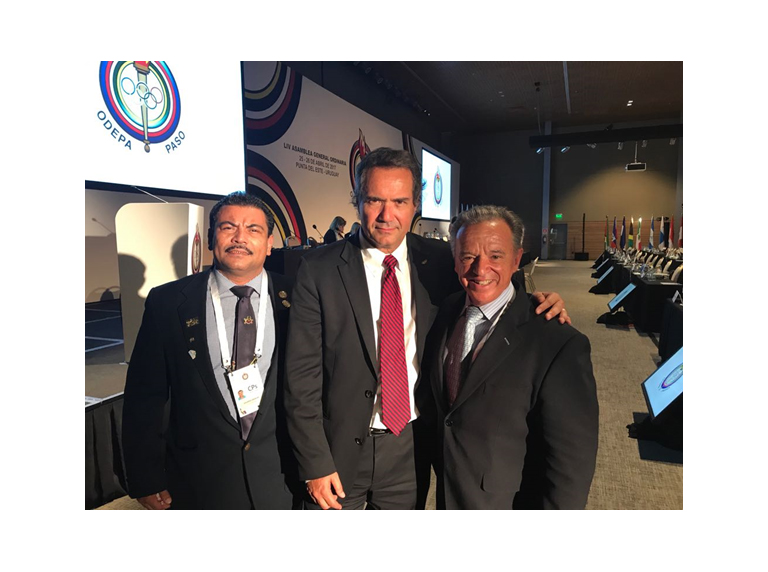 This April 26th, at the Electoral General Assembly of the Pan American Sport Organization, in Punta del Este (Uruguay), Ing. Ilic Alvarez just got elected as new President of PASO.

Mr. Neven Ilic Alvarez, as well President of the Chile Olympic Committee, is an experienced sport leader, inspirational in the principles of solidarity with the society and new generations, and we are happy to warmly congratulate him, in the security that, under his guidance, the sport will keep growing in the continent in fairness, substituting previous President Dr. Julio Maglione, President of FINA, as well as President of the Uruguay Olympic Committee and IOC Member, in his very successful mandate during a period of changes, who was not presenting his candidacy for these elections.