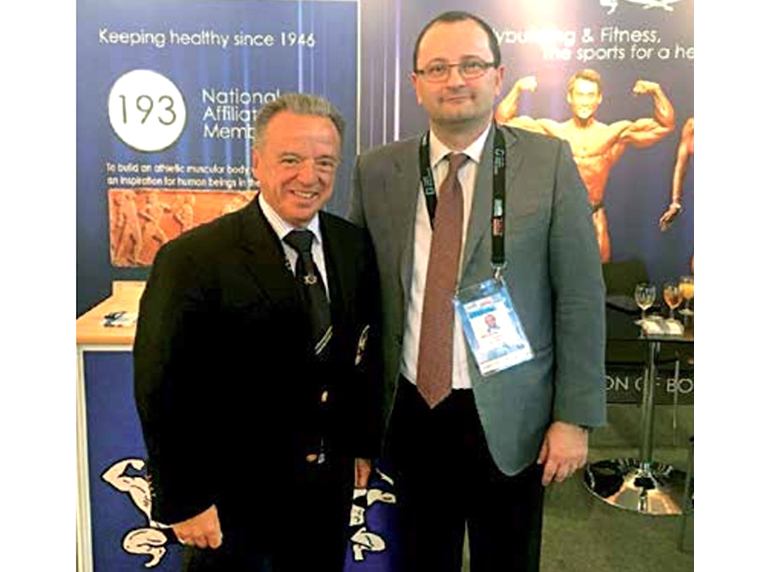 SportAccord is the organization that includes all the international Sports Federations (Olympic and non-Olympic), together with the organizers of multi-sport games and international associations, related to Sport. Its international Convention took place, from April 2nd to 7th, in the Danish city of Aarhus, where attended the main world sport leaders and where the IFBB was represented by Dr. Rafael Santonja, and other executives.

The IFBB had a booth, from which it reported about its numerous annual activities -integrated in 193 countries- and its commitment to supranational sports organizations. The place was visited by the main international executives, led by the president of SportAccord, Mr. Patrick Bauman.

Another event that took place in this 2017 Convention was the General Assembly of the International Association of World Games -World Games- (IWGA), attended by President Santonja, accompanied by the head of the Anti-Doping Commission IFBB , Prof. Mauricio de Arruda.