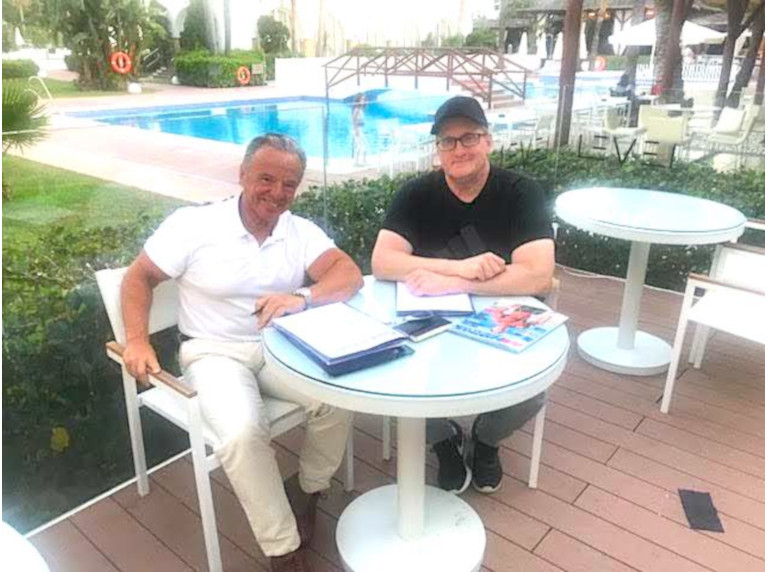 K.P. Ourama -the Marketing Director of the new IFBB magazine Muscle & Health– visited Marbella (South of Spain) in order to meet with President Santonja following up different subjects as the promotion of the magazine that already released the international issue #2 (in English).

During their meeting, K.P. Ourama reported as well, as the organizer, about the next edition of the traditional Nordic Fitness Expo (NFE) that will be held in Lahti (Finland), coming next October 5th to 7th; where Bodybuilding and Fitness enthusiasts have a double exciting challenge: the IFBB Nordic Cup -formerly known as Ben Weider Legacy Cup– and the Nordic Elite Pro, with 26.000 € in cash prizes.