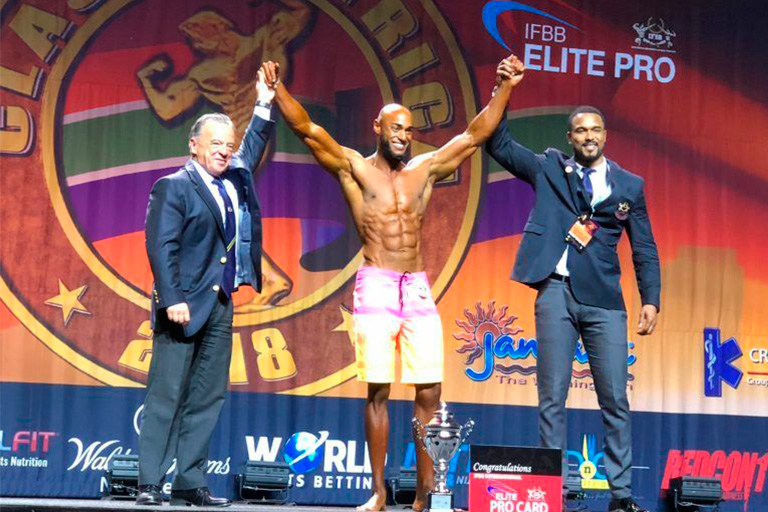 The Arnold Classic South Africa that it´s been held in Johannesburg, open to athletes from all the IFBB affiliated National Federations, introduced today new Bodybuilding and fitness stars, as the fantastic French athlete born in Réunion Island (near Madagascar and geographically in Africa), Loic Bourane who won the Overall Title in Men´s Physique Division.