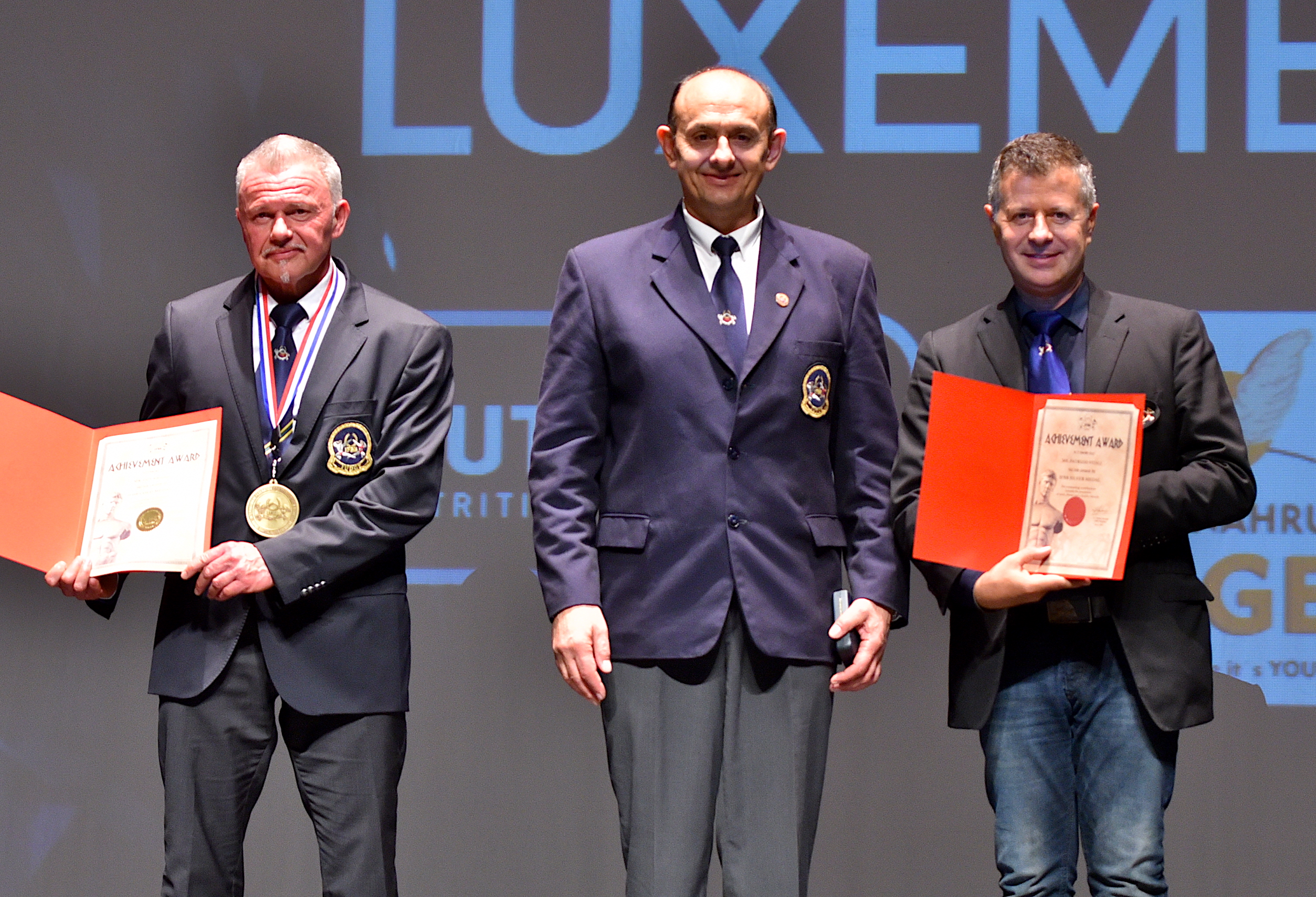 The spectacular work developed by the President of the Luxembourg Federation of Bodybuilding (IFBBL), Mr. Guy Kridel; and by its vice-president, Mr, Patrizio Vitali; its been not gone unnoticed by local Bodybuilding fans and the IFBB.

The recent 1st. edition of the IFBB Diamond Cup Luxembourg -held in Mordorf-les-Bains-, in which athletes from 26 European countries participated and where several athletes of the Grand Duchy managed to reach the titles; it was the ideal place for IFBB to award them, in recognition of their extraordinary and effective work, in the promotion of our sports.