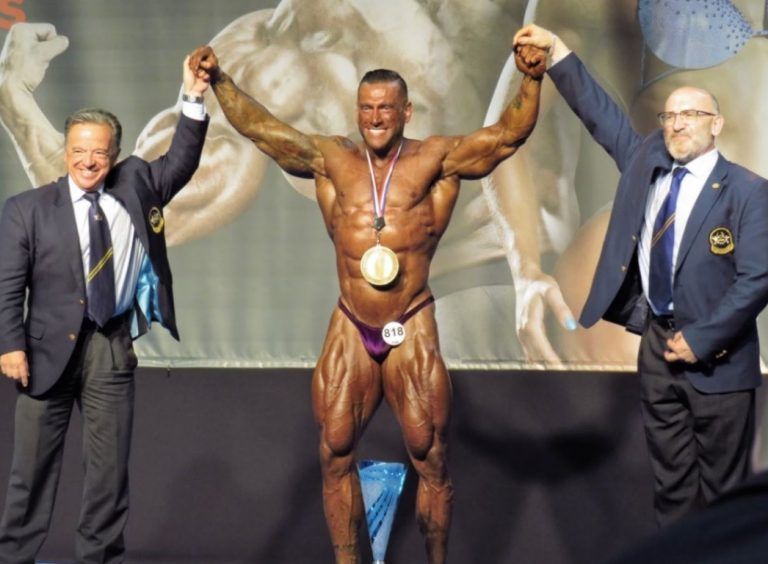 Undefeated in 2018 and after overall victories in Nafplio (Greece) and Malmö (Sweden); the new European star in Bodybuilding is the Spaniard Martí Pozzi, who won the Super Heavyweight category and the Overall title, at the 2018 European EBFF Championships, enforcing his aesthetic and proportioned physique with 104 Kg. of solid muscles.

Cheering by the audience, near his home place; Martí Pozzi led the competition since the beginning and reached one of his goals for this season. After the overall victories in Greece and Sweden, he delayed the decision to get into the Elite Pro Division, focusing on the Gold Medal at the European Championships. Now, he could do the step or, after the points earned for the World Ranking where he is one of the leaders, to remain as an amateur athlete, with the World Championships and World Ranking as nearest goals.