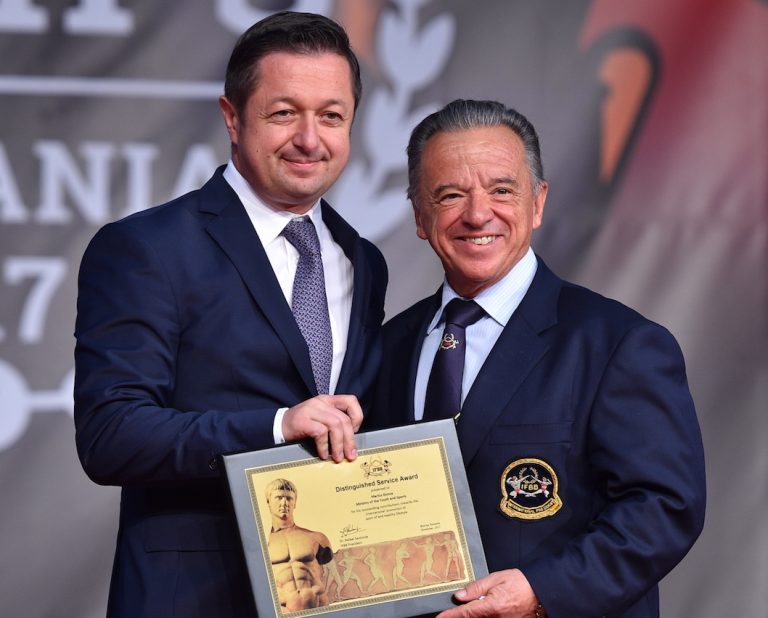 The Romanian Minister of Youth & Sport, Mr. Marius Dunca; received, recent Sunday 12th November, the IFBB Distinguished Service Award, in recognition to his support to Romanian Federation of Bodybuilding and Fitness (FRCF); a key impulse to choose the city of Bistrita as host for the 2017 World Junior & Master Championships.

Mr. Dunca, who received the award from IFBB President Dr. Rafael Santonja, attended the second session of the championships, and celebrated the high level of Romanian National Team, participating in the Medals Ceremony in which Romanian athletes were awarded, joining President Santonja and FRCF, Mr. Gabriel Toncean.

The success of this 2017 World Junior & Master Championships has opened a solid path to cooperation between the FRFC and the Romanian authorities, boosting Bodybuilding and Fitness.