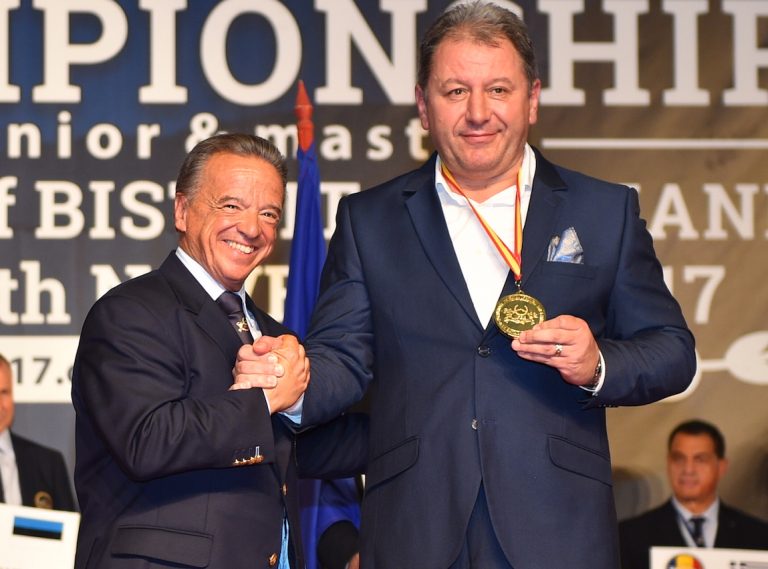 The president of the Bistriţa Năsăud County Council (Romania), Mr. Emil-Radu Moldovan; was awarded recent 11th November with the IFBB Gold Medal, during the World Junior & Master Championships celebrated in the city of Bistrita.

President Moldovan is a member of the Romanian Parliament, elected on June 2012, and a real supporter of the sport. Fully compromised whit the Bistrita Nasaud County, his support to the Romanian Federation of Bodybuilding and Fitness (FRFC) was definitive to grant the city this important IFBB event.

Mr. Moldovan attended both sessions of the World Championships and, on Sunday, he wore the official Romanian National Team uniform, in a friendly sing of support to Bodybuilding and FRFC.