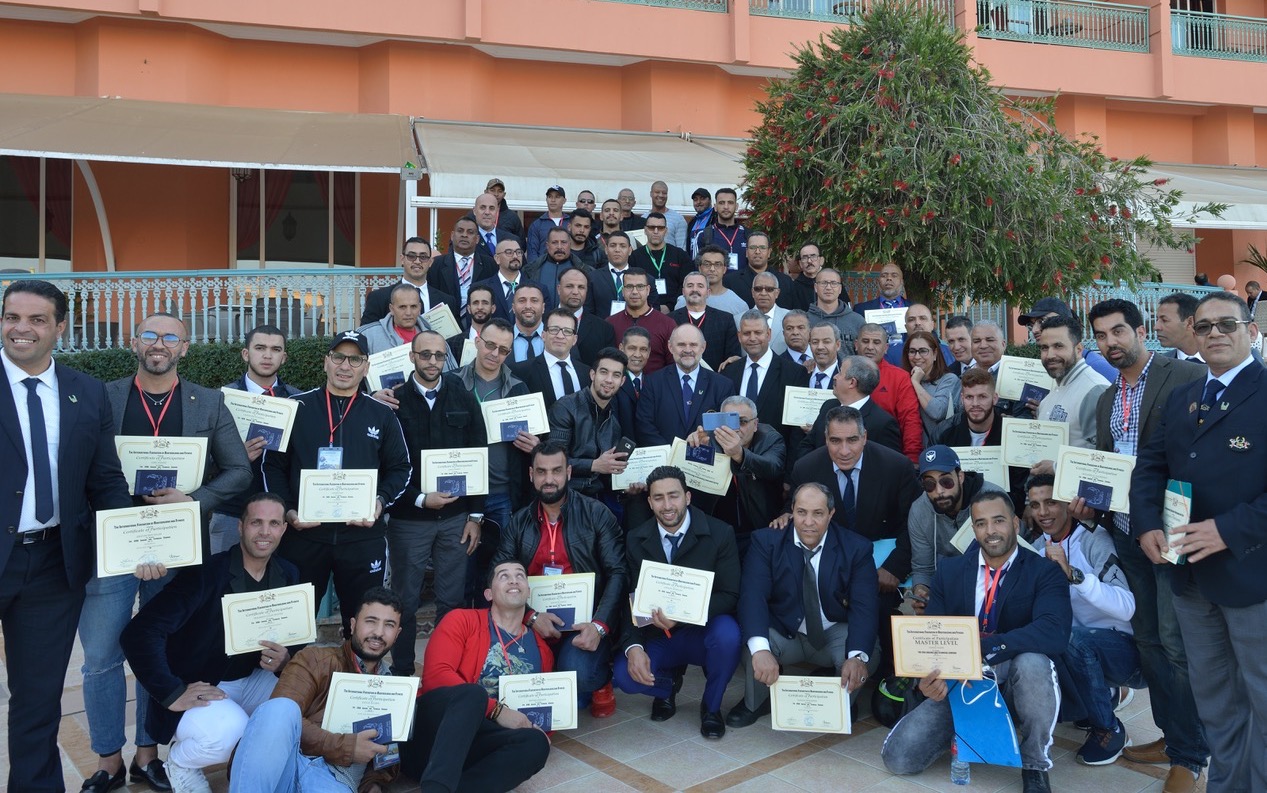 Barely two weeks later to his visit to Tunisia, the Chairman of the IFBB Judges Committee, Mr. Pawel Filleborn; came back to Maghreb (North of Africa), to deliver a new Seminar for Judges, Coaches, and Athletes, on the recent Saturday, 2nd. March.

In this opportunity, it was the Moroccan city of Marrakech where the Seminar was celebrated with over 80 participants attending the event, proving the interest about Bodybuilding & Fitness in the area, and the excellent promotional work performed by the Royal Moroccan Federation of Bodybuilding (FRMBB) chaired by Mr. Khalid Errahi.

In recent seasons, Morocco and all the Maghreb´s countries have been showing the evolution of their athletes, becoming more and more active in the IFBB activity. With the support of their National Sport Authorities (FRMBB is recognized by its Olympic Committee -CNOM-), Moroccan Federation is committed with the skills of their judges and coaches and this seminar came to support this aim. The previous seminar in the country it was delivered by President Santonja, when he was the Executive Assistant of former President Ben Weider, and the Chairman of the Judges Committee.