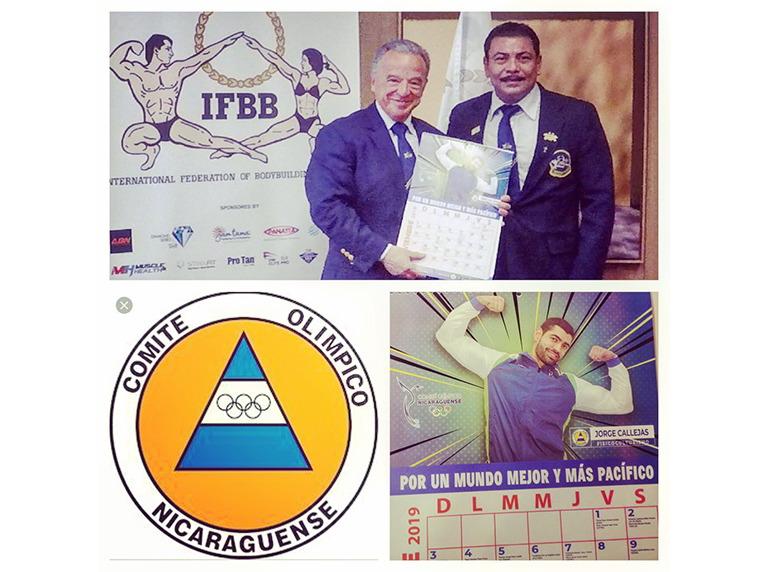 Jorge Callejas is one of the stars of the Sport, in Nicaragua. Originally linked to Judo because his family, an injury sent him to Bodybuilding where he became in an international champion in Pan American and Central American & Caribbean championships, bringing several Gold Medals to Nicaragua.

With his excellent results, Jorge Callejas is one of the 12 selected athletes chosen by the Nicaraguan Olympic Committee (CON) to star its 2019 Calendar, honoring their main international champions.

In the recent “Executive Meeting of the America” celebrated in Madrid (Spin), the IFBB Vice-president for Central America & Caribbean, Mr. Eduardo Abdalah; presented one original copy of the calendar to President Santonja, on behalf the CON where he is, as well, an executive member.

Picture: Bodybuilding and IFBB are solidly linked with Olympism in Central America. President Santonja appreciated the 2019 CON Calendar presented by IFBB Vice-president, Eduardo Abdalah; with Nicaraguan bodybuilder Jorge Callejas, as one of the main stars.