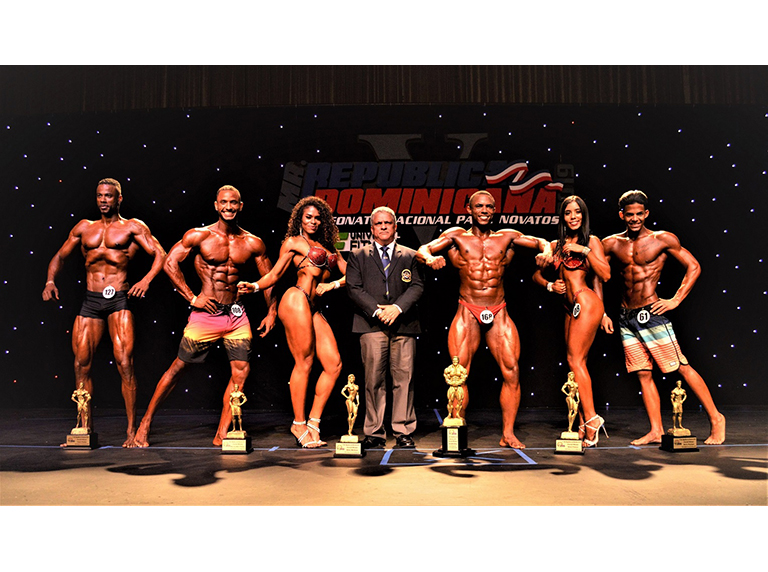 In the event, held at the La Fiesta theater, at the Jaragua hotel, in the Dominican capital, Peralta, he won the absolute bodybuilding event. To reach the final, he had won the semi-heavyweight category, in which he left Roberto second. Rodríguez; in third place to Estnel Matta and fourth to José Martínez.
While, Escoboza, who won the bikini Overall, was first in up to 158 cm (centimeters) of height, where he was followed by, second, Johanny Roedán; third, Carmen Taveras; fourth, Denise López and fifth, Laura Pérez, she also won in the junior category, being second, Kimberly Kinsley; third, Tania Esmeralda Martínez; fourth, Clarivel Navarro and fifth, Camila Marie Cestero.

Another winner of the great trophies was, Mañón, from Santo Domingo, who stayed with absolute wellness, had already triumphed in the category more than 163cm, with second for Yarelys Piliers; third, María Elisabeth Castillo; fourth, Francis Roque and fifth, Eliany Domínguez.

Lora, from Santiago, the winner of the absolute men’s physique, had already triumphed in up to 172cm, leaving Emil Castro second; third, Roque Sánchez; fourth, Julio Comas and fifth, Jerlin Joel Ledesma, he had also won a junior in that category, in which the second one was, Anthony Espinal; third, Sánchez; fourth, Comas and fifth, Luís Hernández.

For his part, the captain Luciano, who was the absolute leader in men’s physique muscular, reached the final by winning more than 175cm, where he was second, Reggie Alcántara; third, Estnel Matta; fourth, Jorge Luís Ramírez and fifth, Melvin Camilo.

To start the competition, the federated, doctor Félix Batista Soto, said a religious prayer, then the National Anthem was played and Mr. Tony Peña R., president of the Dominican Federation of Bodybuilding and Fitness, expressed the central speech, then proceeded to deliver the international judges cards to Joe Alexander Ramírez and Güerino Richieutti, the event was sponsored by, Universal Fitness, Nutrisalud, Chanlatte, Tony’s Gym, Sport Line Apparel, IDFF, and others.