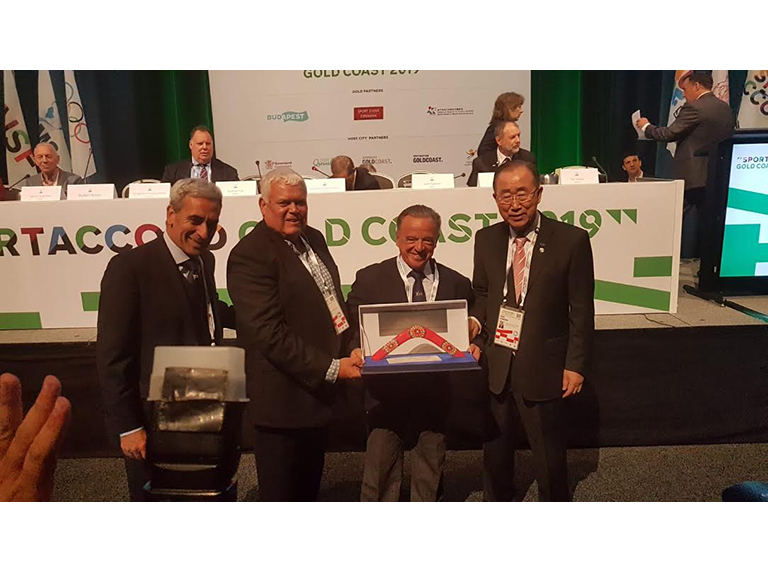 The IFBB begins its activities in the SportAccord Convention, which will run until May 19 in the Gold Coast (Queensland, Australia), attending the General Assembly of AIMS.

At the beginning of it, President Santonja has received, on behalf of the IFBB, a commemorative boomerang from the 8th General Secretary of the United Nations, Mr. Ban Ki-Moon.

In the picture, Mr. Ban Ki-Moon, Uncle John Graham (a member of the wider Yugumbeh Language Group, Traditional Custodians of the Gold Coast Region) and Mr. Raffaelle Chiulli, President of ARISF (Association of IOC Recognised International Sports Federations) and next President of GAISF.