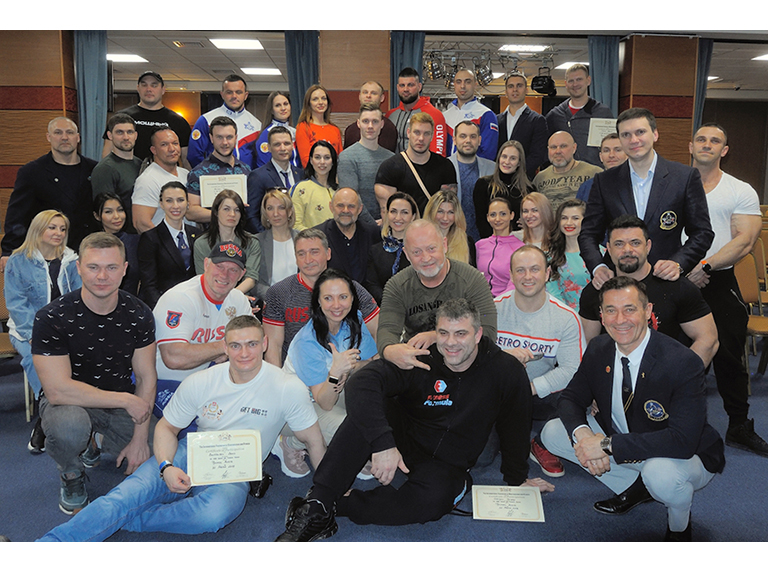 The seminar was organized by a legend of Bodybuilding in Russia: Mrs. Natalia Proskouriakova -2 times World Champion and 3 times European Champion-. With her charisma and organizational capacity, she was able to summon more than 40 people in this event, placing again Tyumen in the international focus of Bodybuilding and Fitness.