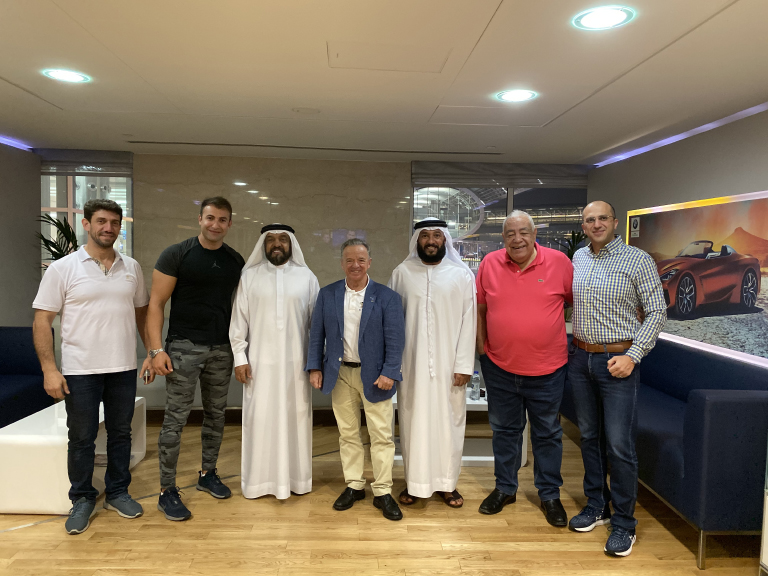 President Santonja is in Dubai, attending the IFBB Gulf Classic Event, in its third edition. An event that last year was a great success and this year seems will be even better!
At his arrival to the Dubai airport, he was welcomed by some friends, from left to the right, Mr. Laden Yazbek Basen ad el Karin (Gym Owner and Coach), Mr. Bassem Jawhary (Promotor of the IFBB Gulf Classic event), Brigadier Abdel Kareem Mohamed Saeed (Board Director of the IFBB Academy in the Gulf area), Mr. Ali Ben Hider (Vice President of the Emirates Bodybuilding and Fitness Federation), Dr. Adel Fahim El Sayed (IFBB Vice President for Africa and President of the IFBB Arab Federation), and Ahmad Haimour (AFBF Vice President)