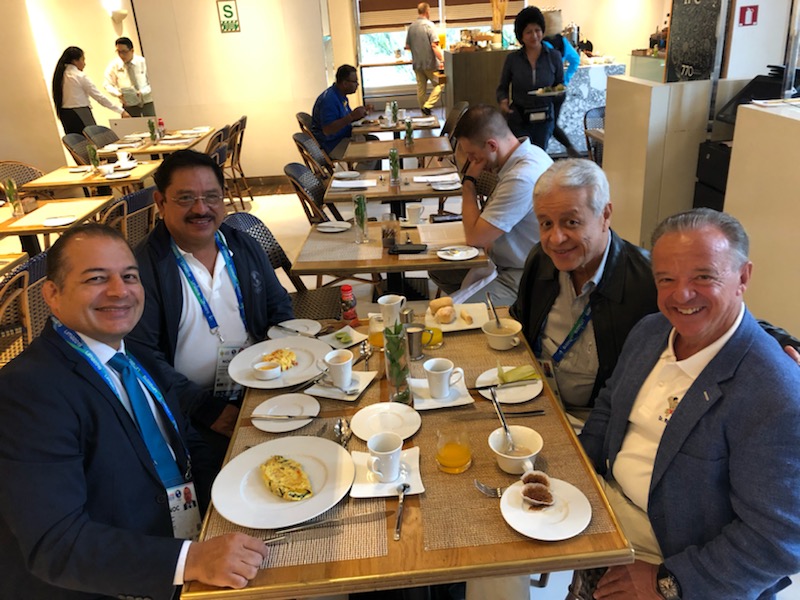 IFBB President Dr. Rafael Santonja arrived today to Lima (Peru), in order the attend the General Assembly of the Pan-American Olympic Sports Organization, and the Opening of the 18th Pan American Games where Bodybuilding and Fitness are included in the program.

This Games, that will be followed by over 500 MM people, are just warming up the engines and represents another step forward for our sports in its integration into Olympism.