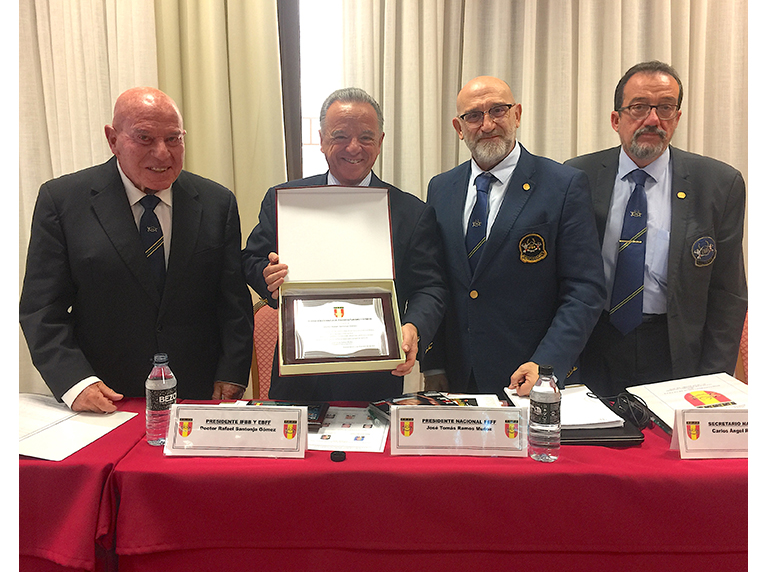 During the Congress, President Santonja -former president of the Spanish Federation in the 80´s- was awarded by the ExCo, in recognition to his invaluable career and support for Bodybuilding and Fitness, leading both sports to the highest level worldwide.

President Santonja accepted the award, encouraging the Spanish officials to keep working, as a solid team; and invited them to participate in the coming next challenging projects for Bodybuilding.