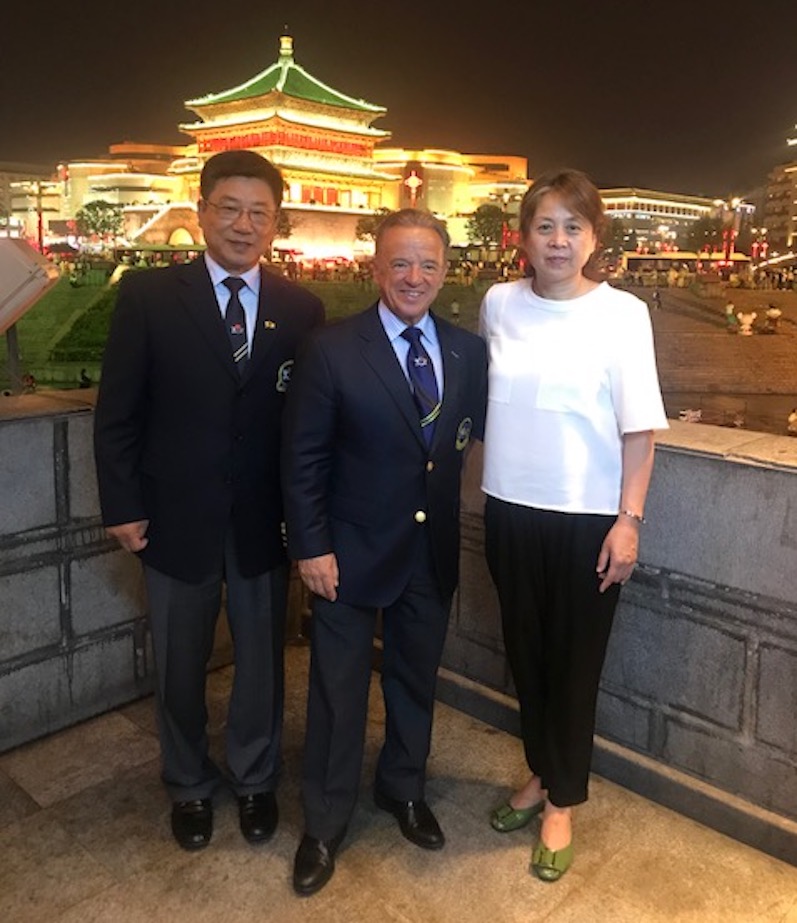 IFBB President, Dr. Rafael Santonja is now visiting the historical city of Xi´an –UNESCO world heritage-, in the follow up of the 2018 Belt & Road international Championship that will be held there, coming next September 17th to 20th, open worldwide IFBB-affiliated National Federations, with amazing price money awards (80.000 $).

The IFBB Belt & Road Championships, supported by the Chinese Bodybuilding & Fitness Association (CBBA) and Chinese Government, is inspired in the legendary “Silk Route”, adopted by the Chinese government to carry on several cultural, sport and commercial international activities, in which IFBB it’s honoured to be included. The event will be one of the most important competitions of the season; being a Pro and Elite Qualifier event.

The visit started with a tour over the historical Belt Tower -joined by CBBA president Mr. Zhang Haifeng and Ms. Shao Fang (director of Xi’an Municipal Sports Bureau)- in the first approach to this city, one of the oldest, in China.

During his visit to China, President Santonja was joined as well by CBBA General Secretary. Mr. Gu Qiao, and they visited the facilities for the Championships, meeting Chinese authorities and officials, coordinating this important event.