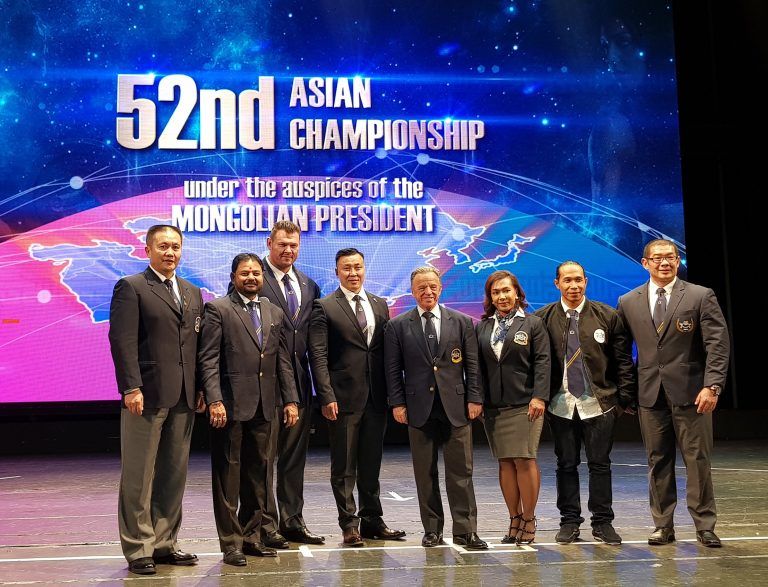 The recent 52nd Asian Championships held in Ulan Baatar (Mongolia) has evidenced the important progression of Bodybuilding & Fitness, in the South East area of Asia; an important cultural and economy space where lives near 600 million people and where IFBB-affiliated National Federations are growing in a regular manner, boosted by their respective dynamic officials.

In the picture, we can see some of this executive officer from the South East area of the Asian Bodybuilding & Fitness Federation (AFBF) joining the new elected president, Mr. Ochir Gambaatar and IFBB President, Dr. Rafael Santonja.