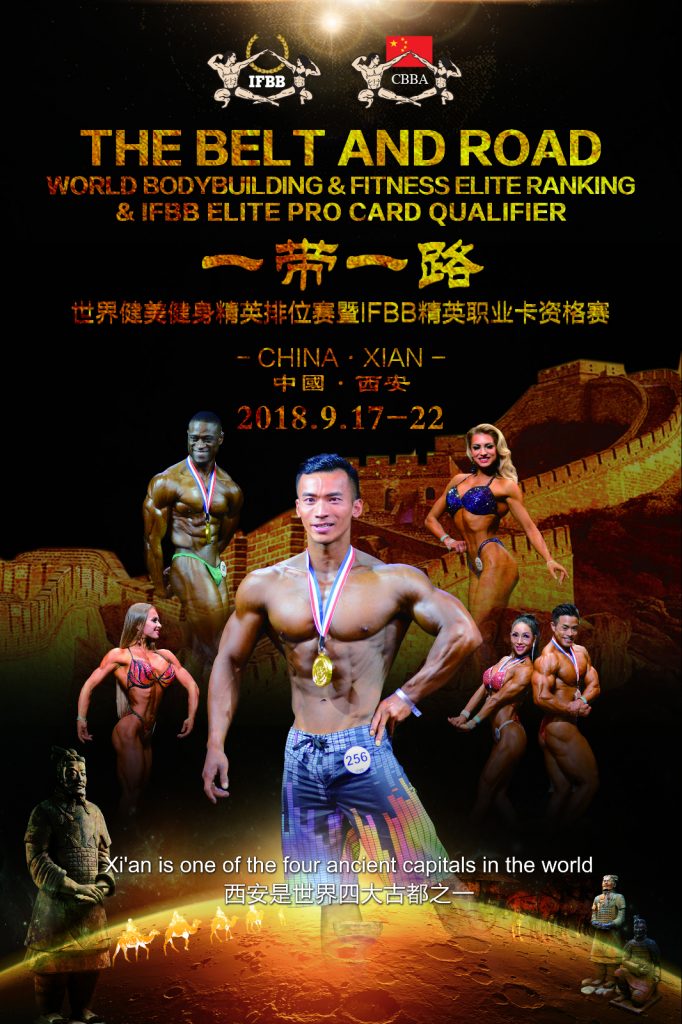 Since November 1985, when China officially became the 128th member of IFBB; the Chinese Bodybuilding Association (CBBA) has become in a key member for our sports. Led by President Zhang Haifeng and General Secretary, Gu Quiao -both of them in close relation with IFBB Headquarters and President Santonja-, CBBA is the legal organization recognized by the Chinese Olympic Committee to represent China in Asia (AFBF) and internationally (IFBB).

This year 2018, the beautiful and historic city of Xi´an will host one of the most important events of the year: the 2018 IFBB Belt & Road Grand Prix, scheduled for next September 17th – 22nd. It will be a World Ranking & Elite Pro Card Qualifier event, with 80.000 $ cash prizes, open to 65 National Federations, supported by Chinese Government . This event, included in the “Belt & Road Initiative” (BRI), is a new step forward in the amazing development of Bodybuilding and Fitness, in China.

Picture: The 2018 IFBB Belt & Road Grand Prix, organized by the Chinese Bodybuilding Association (CBBA) and Chinese Government, will spread up to 80.000 $, in cash prizes.