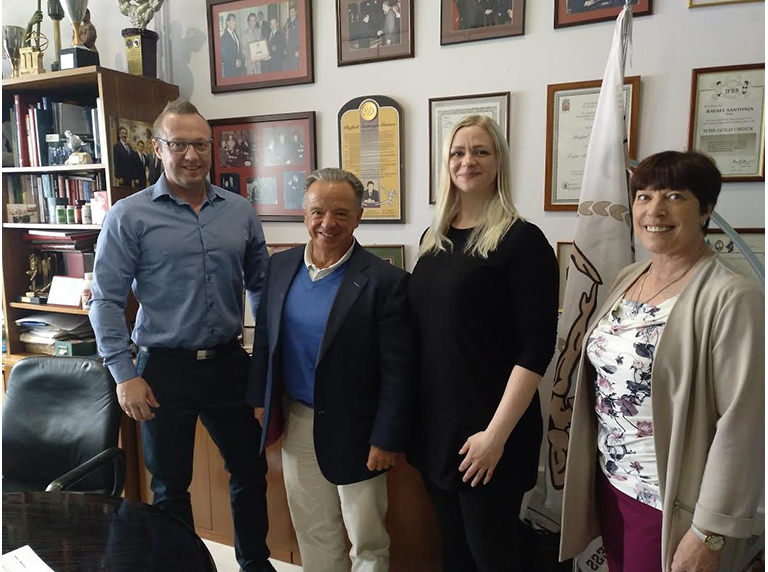 Today, the IFBB Headquarters received the visit of the new President of the Norway Bodybuilding and Fitness Federation, Mrs. Elise Murbraeck, together with Jane McCarthy, Secretary of the Norway Federation and the Vice President, Jesper Olsen, that came to Madrid to have a meeting with IFBB President, Dr. Rafael Santonja.

During the meeting, Mrs. Elise Murbraeck and IFBB President, treat matters as the 2020 Oslo Grand Prix, that will be held on the 18-22 of April in Oslo, Norway.